Are Israel and Hezbollah About to Go to War? 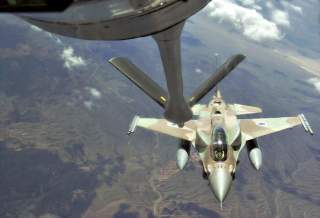 An exchange of lethal attacks during the past fortnight between Israel and Hezbollah has raised the risk that escalation of fighting between these old antagonists might be added to the intractable mess that Syria already is. Israel and Hezbollah have a long history of tit-for-tat reprisals, with the most conspicuous examples involving Hezbollah titting in response to Israeli tatting. The two major car bomb attacks by Hezbollah in Buenos Aires in the early 1990s, for example, were each a direct response to deadly actions that Israel had taken back in the Middle East a month or six weeks earlier. The bombing of the Israeli embassy in 1992 followed an Israeli airstrike that killed Hezbollah leader Abbas Moussawi and his five-year-old son. The attack in 1994 on a Jewish community center—recently back in the news as the Argentine government tries to dance around the mysterious death of a prosecutor who had been investigating how the original investigation of the attack had been handled—was a response to two Israeli actions in rapid succession. One was Israel's kidnapping of Mustafa Ali Dirani, leader of the Hezbollah-associated Amal movement. The other—possibly facilitated by information the Israelis extracted from Dirani—was an aerial attack on a Hezbollah facility that killed dozens of the group's members.

The pattern resembles some of the tit-for-tat that also has taken place between Israel and Hezbollah's ally Iran. Some not-very-successful attacks against Israeli diplomatic personnel a couple of years ago were clearly intended as retaliation—right down to mimicking the method of attack—for the assassinations of several Iranian scientists.

The most recent Israel-Hezbollah exchange began with an Israeli attack from the air on cars traveling within Syria, close to but wholly beyond the armistice line that separates the Israeli-occupied Golan Heights from the rest of Syria. A half dozen people were killed, including the 25-year-old son of former Hezbollah security chief Imad Mughniyah (who himself was killed several years ago by a car bomb in Syria—an attack that many assume also to have been the work of Israel). Hezbollah's retaliation came this week with a carefully executed attack on an Israeli convoy in the disputed Shebaa Farms area, reportedly killing two Israeli soldiers and wounding several others. Hezbollah made it abundantly clear that its action was retaliation for the previous week's attack by Israel, even giving the unit that carried out the attack the claim name of the Quneitra Martyrs Brigade, a reference to the location of the Israeli attack.

Even when neither party in this kind of vicious dyad wants escalation, it sometimes nevertheless occurs. The war between Israel and Hezbollah in 2006, which neither side can convincingly claim to have won, can be seen in this way. Several dynamics are at work. There is a tendency for propaganda and public belief to get confused as it is forgotten how the other side's action was a response to something one's own side did. There is a natural tendency to want to get in the last lick. And even if one tries to match rather than to exceed what the other side did, it sometimes is hard to calibrate very precisely the impact of an operation in which guns and bombs are going off.

Hezbollah clearly does not want any escalation from the most recent exchange. Although it bases its legitimacy in Lebanon in large part on the declared mission of defending Lebanese against Israel, it currently has its hands full with other matters in Syria. In fact, Hezbollah has sent a message to Israel explicitly saying it does not want to escalate. The group did a rather good job of calibrating its operation to keep the casualties on a similar scale as what the Israelis had inflicted, foregoing an opportunity it had for more deadly follow-up to the initial attack on the convoy.

Hezbollah also signaled its desire for restraint by selecting Shebaa Farms as the location for its reprisal. Shebaa Farms has the odd distinction of being a piece of land that Israel says was part of Syria, while Syria usually says it is part of Lebanon (although Syria did control it prior to 1967). When Israel evacuated its troops from southern Lebanon in 2000, it used its version of claims to ownership to keep Shebaa Farms and annex it (an annexation that no one else recognizes) along with all of the Golan Heights it also captured from Syria in the 1967 war. The importance of this for the current situation is that Hezbollah chose not to conduct an operation on land that any non-Israeli considers to be part of Israel, even though the Israeli attack for which this was a reprisal was conducted entirely outside Israel.

Whether this episode does escalate into something bigger thus is in the hands of Benjamin Netanyahu and his government. Right now it is not clear what that government will do. The timing of the Israeli attack that started it all is odd; the most plausible explanation is the one offered by retired Israeli general Yoav Galant, currently an opposition candidate for the Knesset, who said that the attack and its timing were a function of domestic Israeli politics. The attack was intended, under this explanation, to bolster the chances of Netanyahu and the Israeli Right, who currently are facing a stiffer than usual challenge from center-left parties, by exploiting the usual way in which the Right profits from fears and resentments centered on foreign threats. If this was the purpose, some in the Israeli government may not consider that purpose to have been fully served by letting Hezbollah get in the last word, and there will be a desire to strike again and to escalate. But the election is still several weeks away, and starting something big now may leave enough time for it to evolve, as past Israeli military adventures in Lebanon have, into a conflict costly and unpopular enough to be more of a political liability than an asset. Of course, Israeli escalation also would be dimly viewed by the world community, but Netanyahu and the Israeli Right have given ample evidence that they just don't care what the world community thinks about such things.