The Latest on Non-Nefarious Iranian Behavior 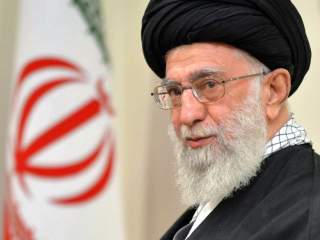 One of the arguments recited most frequently by those wanting to keep Iran ostracized in perpetuity—so frequently that it has achieved the status of cliché—has been that the partial sanctions relief provided for in the agreement to limit Iran's nuclear program would lead to increased “nefarious” and “destabilizing” behavior by Iran in the Middle East because it would have more financial resources for such activity. (The public discourse about Iran is surely responsible for one of the biggest increases in usage of the adjective nefarious.) It is easy to see why those determined to defeat the agreement came to rely so heavily on this argument (while ignoring the fact that the sanctions to be relieved were always intended to help induce Iranian concessions on nuclear matters, which they did). Much of the other rhetoric that the anti-agreement forces voiced, about centrifuges and uranium stockpiles and breakout times and the like, concerned subjects on which it was clear, upon even the most casual reflection, that the agreement was superior to the alternative of not having the agreement. So opponents clung tenaciously to the notion of sanctions relief not only making bad behavior more financially feasible but also automatically leading to such behavior. Still hoping either to sabotage the agreement or at least to limit any rapprochement with Iran, the opponents continue to cling to that argument.

The argument was never valid, for multiple reasons. The supposedly “destabilizing” Iranian regional policies actually have been reactive to what others have been doing much more than destabilizing. The amount of money said to be involved in the sanctions relief gets routinely overstated. Most of the funds that had been frozen are already committed to settling accounts elsewhere rather than being available for any new endeavors in the Middle East. Political imperatives will require the regime to give overwhelming priority, in using whatever resources are left, to repairing domestic economic damage and shortfalls, not running up new bills overseas. Most important, the argument rests on the fallacy that Iranian regional policy is determined by how many rials the Iranian regime has in its bank account, rather than by the political, diplomatic, and security considerations that normally lead a regime to conclude that a particular activity beyond its borders either is or is not in its interests. The argument assumes that senior Iranian policymakers routinely call in the finance minister and central bank governor and ask, “How much money do we have this month for nefarious behavior in the Middle East?” and then proceed to max out their account by indulging in such behavior. No other regime operates that way, and there is no reason to believe the Iranian regime does either.

If the argument were at all valid, then we should have expected to see a decrease in costly Iranian regional activity when the sanctions were imposed in the first place, and perhaps a further decrease when oil prices plunged. After all, if the Iranians did not ratchet down their activity when their financial resources went down, there is no reason to expect them to ratchet the activity up when resources increase. But no one has painted such a picture of decreased Iranian activity because there simply is not evidence for such a correlation between financial resources and regional activism. The pro-ostracism, anti-agreement forces certainly have not painted such a picture, which, however logically necessary it is for their argument about increasing nefarious behavior, would go against the thrust of most of the other negative things those forces routinely voice about Iran. (Logical consistency across their many arguments was never a strong point of the anti-agreement forces.)

Now the nuclear agreement is in force, and we can look for any evidence of changes in Iranian regional activity. What certainly should count as significant evidence is the recent report that Iran is withdrawing from Syria a significant portion of the Revolutionary Guard Corps forces that it had deployed there. That's right: this is Iranian regional activity—violent activity, involving combat—that is going down, not up. Surely those observers who can be expected to be watching like a hawk whatever Iran is doing in the region would have noticed. It's not as if the report was confined to inconspicuous places. The report first appeared on Israeli television and was replayed in other Israeli news outlets. The Israeli report, according to which Iran is withdrawing all of a 2,500-strong fighting force while leaving 700 military advisers in Syria, is consistent with a brief comment by Secretary of State Kerry in a Congressional hearing less than two weeks ago that Iran had withdrawn a “significant number” of its Revolutionary Guard Corps troops from Syria. But from the people who have said so much about financial windfalls from sanctions relief and how that would lead to Iran doing more destabilizing things in the region, we get no comment. Radio silence.

It is easy to imagine what we would be hearing right now from our friends at the Foundation for Defense of Democracies, the Israel Project, and other prominent anti-agreement, pro-ostracism voices if the report had instead been about an increase in Iranian troops in Syria. It would be shouted from the rooftops that this was strong evidence that the much-warned-about, post-agreement surge in nefarious Iranian behavior was under way.

Those determined to keep shining a negative light on Iran have not had a good fortnight. Besides the reporting about the withdrawal from Syria, there was the strong showing by moderate supporters of President Rouhani in the Iranian elections. Typical of the way the pro-ostracism people are couching the news right now is an opinion piece by Dennis Ross titled “Why the Nuclear Deal Hasn't Softened Iran's Hard-Line Policies”. Most of the piece rehearses familiar facts about the shortcomings of the Iranian electoral system and the internal influence that hardline elements exert through certain institutions that they control. As far as external Iranian behavior is concerned, there is an all-too-familiar reliance on catchphrases, firmly in the “nefarious and destabilizing” tradition, that are thrown at the reader as if we should take them for granted, with no effort to match them with any evidence of what Iran actually is or is not doing.

Ross's piece refers, for example, to “continued regional aggression” by Iran. My dictionary defines aggression as “an unprovoked attack or invasion.” You know—such as Iraq's invasion of Kuwait in 1990, or the U.S. invasion of Iraq in 2003. Where's the Iranian aggression? Then there is reference to Iran “employing terror” and “using the Shiite militias to subvert and coerce its neighbors.” In Syria, what Iranian forces and their Hezbollah allies have been doing is helping to prop up the incumbent regime after it came under an armed revolt, with terrorist groups prominent among the opposition. In Iraq, Iranian forces and Shiite militias also have been supporting the incumbent regime and opposing ISIS—which puts them on the same side of that conflict as the United States. Ross says we should “make the Iranians pay a high price for bad behaviors” while offering them a way out that rejects their “demand” for “regional dominance”, and he suggests that pressure could work in the same way it did with the nuclear negotiations. But it strains one's imagination to think of any way such a vague bill of particulars, so divorced from what is actually transpiring on the ground, ever could be translated into a meaningful demand at a negotiating table, let alone a clause in a negotiated agreement. It's just a recipe for punishment in perpetuity, no matter what Iran does.

And what does Ross say about the new development concerning the withdrawal of Iranian forces from Syria? Not a word.