The Misuse of Terrorism Lists 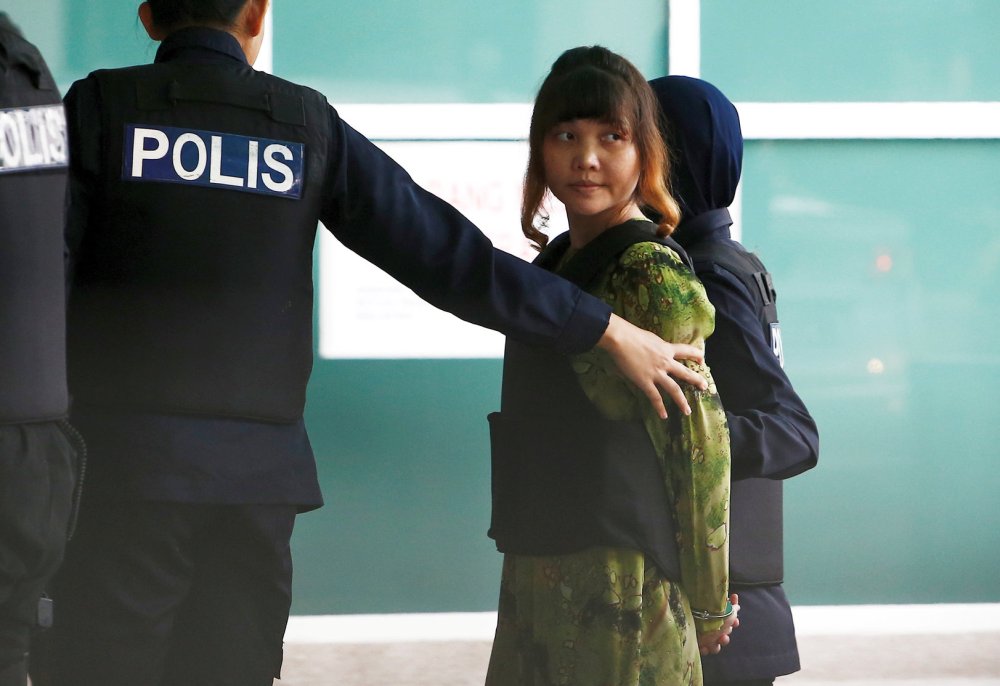 Rationales being voiced for the newest move show what a stretch it is from what are supposed to be the criteria, defined by statute, for placement on the state sponsor list.  Some defenders of the move refer to North Korean actions three decades ago.  Pyongyang really was doing international terrorism in the 1980s, mainly aimed against South Korea.  It was responsible for a bomb in Rangoon that killed several visiting members of the South Korean cabinet in 1983.  It planted a bomb in a Korean Air civilian airliner in 1987, killing more than a hundred.  But North Korea got out of international terrorism in subsequent years, with the hope of gaining some degree of international political rehabilitation.  In terms of the legal standards for remaining on the state sponsor list, the delisting of North Korea in 2008 was overdue.

A more recent North Korean-perpetrated incident was the assassination in Malaysia this February of Kim Jong-nam, the estranged half-brother of North Korean ruler Kim Jong-un.  This killing, being performed clandestinely on foreign soil, technically meets the definition of international terrorism.  And it is yet another example of repugnant and brutal behavior by the Pyongyang regime.  But it had nothing to do with any campaign of terrorism that poses a threat to anyone other than members of Kim Jong-un’s own family or regime whom he perceives as a possible threat to his rule.

Other countries besides North Korea have been the subject of misuse of the state sponsor list.  The Reagan administration took Iraq off the list as part of its tilt toward Iraq during the Iran-Iraq War.  The George H.W. Bush administration returned Iraq to the list after Saddam Hussein invaded Kuwait.  Neither move had to do with any change in Iraqi behavior regarding international terrorism.  Cuba remained on the list, for reasons involving anti-Castro domestic U.S. politics, long after it had ceased doing anything that could be construed as international terrorism.

Barack Obama made more of an honest effort than most other U.S. presidents to respect the legal criteria associated with the state sponsor list.  The belated removal of Cuba from the list was part of this.  The Obama administration reportedly considered relisting North Korea but refrained because it could not identify a sound legal rationale for doing so.

Other administrations’ misuse of the state sponsor list has been a sloppy way of expressing disapproval of regimes they didn’t like.  The sloppiness hides how such regimes may exhibit multiple forms of objectionable conduct, each posing its own problems and each of which can be addressed through different means.  Blurring everything together into a miasma of undifferentiated rogue state behavior undermines the possibility of using diplomacy and carefully crafted incentives to ameliorate any one form of objectionable conduct, be it terrorism or weapons proliferation or something else, even if we can’t solve every problem we have with a regime.

Misusing the list of state sponsors of terrorism sends the message that the United States does not care all that much about terrorism itself.  It undermines the credibility of efforts that really are focused on countering terrorism.  Most fundamentally, it diminishes the incentive of the targeted regime to get out or stay out of international terrorism.  If the North Korean regime sees that it is going to be branded a state sponsor of terrorism regardless of what it is doing terrorism-wise, it has that much less disincentive against sliding back into the reprehensible things it was doing in the 1980s.

This is one form of poor statesmanship in which Trump is not alone.  His move regarding the state sponsor list does indicate a shortfall in careful and creative thinking about ways to counter the North Korean nuclear challenge.

Image: Vietnamese Doan Thi Huong who is on trial for the killing of Kim Jong Nam, the estranged half-brother of North Korea's leader, is escorted as she arrives at the Department of Chemistry in Petaling Jaya, near Kuala Lumpur, Malaysia October 9, 2017. REUTERS/Lai Seng Sin