The National Effort at Self-Exoneration on Torture 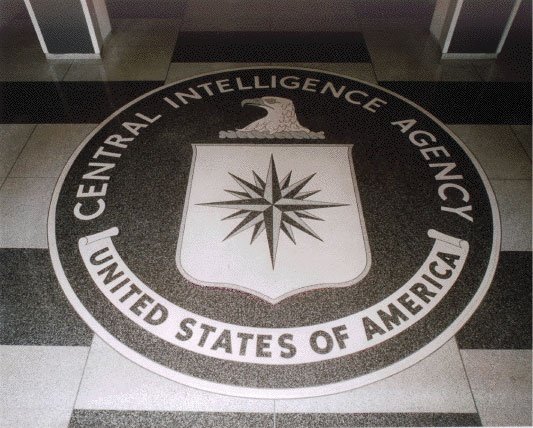 The nation's current attempt at catharsis through a gargantuan report prepared by the Democratic staff of a Senate committee exhibits some familiar patterns. Most of them involve treating a government agency as if it were Dorian Gray's portrait, which can take on all the hideous marks of our own transgressions while we present ourselves as pure and innocent. The saturation coverage of the report and most early comment about it have displayed several misconceptions and misdirections.

One misconception is that we, the public, and our representatives in Congress are learning something new from this report that better enables us to make policies and set national priorities—better than we already could have done, based on what we already knew about this whole unpleasant business. In fact, the main directions of the activity in question and even many of the relevant gory details have long been public knowledge. Many people seem to believe that wallowing in still more gory details is a form of expiation. The basis for that belief is hard to understand.

The report itself and almost all the coverage of it misses what is the main, big story—missed perhaps because we ourselves are characters in it. The story is that the American people, and thus our political leaders, have had a major change in fears, mood, and priorities from the early days after the 9/11 until the present. In the aftermath of 9/11 Americans were far more militant, more willing to take on costs and risks, and more willing to compromise long-held values in the name of counterterrorism. The interrogation techniques that are now the subject of controversy and abhorrence were condoned or even encouraged back then by our political leaders in both the executive and legislative branches. As time has gone by without another terrorist spectacular in the U.S. homeland, pendulums have swung back, moods have changed again, and old values have reasserted themselves. It is difficult for anyone, but perhaps most of all for elected politicians, to admit this kind of inconsistency. Thus we get the current effort to focus ignominy on a single agency, where people who were on the tail end of that entire political process happened to work, as a substitute for such admission.

This is by no means the first time that waves of fear in America have resulted in deviation from liberal values, with the deviation later becoming a source of shame and regret. There is a long history of this, going back at least to the Alien and Sedition Acts in the eighteenth century. Another example, now universally seen as a black mark on American history, was the internment during World War II of American citizens of Japanese ancestry.

Another misconception is that because a report comes from a Congressional committee or some ad hoc commission, it is the Voice of God and the ultimate source of truth on whatever subject it addresses rather than what it really is, which is one particular set of perspectives or opinions. Another official pronouncement is the CIA's report on the report, which for anyone who bothers to look at it comes across as a sober and balanced treatment of the subject that carefully differentiates between the valid observations in the Senate committee staff's report and the significant errors in it. The CIA's report was prepared under senior officers who had no stake in the interrogation program. It is by no means the reaction of someone in a defensive crouch. Unfortunately few people will look at that report and make any effort to learn from it. The Washington Post barely mentioned its existence, let alone any of the substance in it, in its saturation coverage of the Senate committee report.

Anyone who did bother to look and learn from the CIA report would realize how mistaken is another notion being widely voiced: that the abusive interrogation techniques were the result of an agency or elements within it “running amok.” The program in question was authorized by the topmost authorities in the executive branch, as those authorities have confirmed in their public statements or memoirs. Congressional overseers were informed, according to the instructions of those topmost authorities and according to standard practice with sensitive covert actions. Overseers had ample opportunities to object but did not.

A final misconception being displayed from people on various sides of this issue is that the question of whether any useful information was gained from application of the controversial techniques has to be treated in an all-or-nothing manner. People, including authors of the Senate committee report, wishing to make an anti-torture statement seem to believe that they have to argue that the techniques never gained any useful information. They don't have to argue that. In acting as if they do, they are exhibiting another American trait, which the political scientist Robert Jervis noted almost four decades ago, which is to resist recognizing that there are trade-offs among important values. The coercive interrogation techniques involve such a trade-off. One can accept that the techniques did yield some information that contributed to U.S. security and still oppose any use of such techniques because they are contrary to other important American values, as well as hurting the standing of the United States abroad and yielding bad information along with the good. This is the position expressed by former CIA director Leon Panetta.

Amid all that is misleading in the committee report itself and in reactions to it, some kudos are in order for other reactions. One compliment should go to the Obama White House, which provided in its statement on the subject a principled declaration that torture is wrong along with some recognition of the public emotions and moods that underlay what was done several years ago. A particularly graceful touch was a reference to how “the previous administration faced agonizing choices” in how to secure the United States amid the post-9/11 fears. This fair and correct way of framing the recent history was the opposite of what could have been a partisan “those guys did torture and we didn't” approach.

Also worthy of compliments in the same vein is Senator John McCain, who made an eloquent speech on the floor of the Senate opposing any use of torture. McCain often is as hard-minded a partisan warrior as anyone, but on this matter he spoke on the basis of principle.

Finally, kudos should go to the CIA for not going into a defensive crouch but instead recognizing deficiencies in performance where they did exist and, unlike the Senate committee report, coming up with specific recommendations for improvement. This response, too, represented important American values. As Director of National Intelligence James Clapper noted in his own statement, “I don’t believe that any other nation would go to the lengths the United States does to bare its soul, admit mistakes when they are made and learn from those mistakes.”