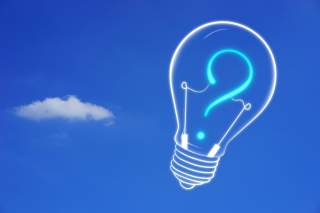 A recurring feature in criticism of President Obama's foreign policy, particularly in referring to strife-torn Syria and Iraq, is the notion that if only the United States had followed some different course, bad things in such overseas places would not be happening. The dominant variant of such criticism asserts that if only the United States had somehow used more military force in those lands, then somehow the strife there would be less than it is. This variant gets repeated so often that it is already acquiring the status of conventional wisdom. Even the usually sensible Nicholas Kristof, for example, in a recent column writes that “allowing [sic] Syria's civil war and suffering to drag on unchallenged” has been Mr. Obama's “worst mistake”.

Kristof acknowledges that “we don’t know whether the more assertive approaches favored by Hillary Clinton, Gen. David Petraeus and many others would have been more effective”—an admission that should vacate the judgment he had just made about a presidential mistake. After all, how can we assess whether any given course of action is a mistake if we do not weigh it against the available alternatives? What we are seeing here is a difference between policy-makers who have to come up with real policy that works, and critics who don't have to come up with anything but criticism.

To the extent that alternatives get assessed at all, a major asymmetry usually makes those assessments faulty. The real policy, warts and all, is put up against reality, with all of the policy's limitations exposed for us to see. But the hypothetical alternatives are not similarly exposed; whoever suggests an alternative can just assume that the alternative would have worked the way it was intended to work. Moreover, when facing a genuinely bad situation—such as the deadly imbroglios in Syria and Iraq—there is a natural tendency to think that different courses of action would have yielded a less bad situation. Such a tendency is a psychological frame-of-reference effect, not a product of hard analysis of how specific alternatives would have worked.

Most commentary that tosses up hypothetical alternatives—and sometimes proposes such alternatives as something that could yet be undertaken, not just as an opportunity missed in the past—deals in general concepts and spares us the details. But many devils reside in the details, and may make the proffered alternative worse than the policy it would replace. We often hear, for example, the concepts of “safe zones” or no-fly zones. We hear hardly at all about the details necessarily associated with any such zones: of who does the fighting to maintain a desired state of control on the ground, the size of the required U.S. force commitment, the prospects for further escalation of the conflict, and so forth.

Similarly, the suggester of a hypothetical alternative can focus on just a single dimension on which the alternative could reasonably be expected to have worked while leaving unstated all the other dimensions involving costs, risks, and deleterious side-effects. The equivalent approach as applied to an actual policy is what we hear from die-hard defenders of the 2003 invasion of Iraq when they ask,”Is the world better off with or without Saddam Hussein?” Well, if that were the only question and the question really were that simple, then the answer would be that we are better off without him. But it was all those other costs, risks, and deleterious side-effects that made the policy disastrously bad.

Underlying the defective and asymmetry-laden analysis is the strongly held American exceptionalist tendency to look at problems around the world as America's problems, to think that the United States ought to be able to solve them, and thus to see any persistence of a problem overseas as due to faulty U.S. policy. This tendency imposes an unrealistic standard on real policy, because the United States is not actually capable of solving many of those problems overseas. By keeping the hypothetical alternatives vague and unidimensional, the alternatives are not held up to the same unrealistic standard.

Regarding Syria, Juan Cole provides a useful corrective to the flawed coulda shoulda criticism with a discussion of what he calls the “top seven reasons the US could not have forestalled the Syrian civil war”. It is even clearer that the Obama administration could not have forestalled the violent conflict we all abhor in Iraq. The coulda shoulda criticism applied to the administration's policies on Iraq have always had a strange quality given that the main thing the critics are knocking the administration for is the implementation of a troop withdrawal agreement that had been negotiated by previous administration. If, as has been charged, the Obama administration did not “try hard enough” to modify that agreement, then this must mean that the Bush administration did not “try hard enough” to get a different agreement in the first place.

The biggest historical fact that is ignored by those who like to fire historical hypotheticals at the Obama administration is that a much more muscular military approach has already been tried in Iraq and failed. U.S. military strength in Iraq peaked at 166,000 troops in October 2007, four and a half years after the initial invasion. If a U.S. force of this size failed to provide lasting security in Iraq, to create an environment in which contending Iraqi factions would reconcile their differences, or to destroy the group we now know as ISIS—and it failed to accomplish any of these things—then why should we expect anything more from the smaller force that is talked about by those who criticize Mr. Obama for implementing the troop withdrawal?

One variant on the line of criticism involved is the idea that former Iraqi Prime Minister Nouri al-Maliki, whose authoritarian ways had a lot to do with instability and rancor in Iraqi politics, somehow could have been turned into a different sort of political animal if U.S. troops had been in the vicinity. How exactly was this supposed to work? That GIs would march into his office and give him an ultimatum to be a nicer and more conciliatory guy? Is that the way it worked when we had the 166,000 troops there? No, the problem is rooted in Iraqi political culture and political demography, not the location of U.S. troops.

Other variants focus more on ISIS. Here the central historical fact that too often is left unsaid is that the group came into existence as a direct result of the conflict and disorder that the 2003 invasion ignited and that the group has had, under different names, a continuous existence—including through the U.S. troop “surge”—ever since. Some military action has hurt ISIS but other military action has had the opposite effect. When group leader Abu Musab al-Zarqawi was killed in 2006, this made possible the emergence of the more capable Abu Bakr al-Baghdadi, under whom the group would make its most dramatic territorial gains.

The criticism that keeps trying to tell us that things in that part of the world would have been better if only President Obama had followed a different course says much less about any mistakes by Mr. Obama than about the badly flawed mode of analysis the critics are using.