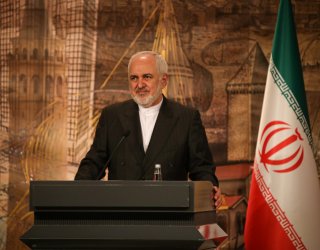 JCPOA Versus the Alternative

The most fundamental error in FDD’s entire discussion of the sunset clauses, however, is the same error that has pervaded much other criticism of the JCPOA: it never considers the alternative to the JCPOA. And when the alternative is not considered, it goes unmentioned that the very same things that the FDD depicts as problems with the JCPOA would be bigger problems without the JCPOA.

Under this alternative, rather than having restrictions on Iran that would expire after ten, fifteen, or some other number of years, there are no restrictions at all. You say you don’t like how, under the JCPOA, the 300-kilogram limit on Iran’s stockpile of low-enriched uranium will expire in 2031? Then how do you like that limit being gone right now, which is what the Trump administration accomplished by reneging on the U.S. obligations and thus releasing the Iranians from theirs? That uranium stockpile will grow more, well before 2031, as long as the United States remains non-compliant with the JCPOA.

The negotiations that produced the JCPOA were long and difficult, laced with shouting matches between the U.S. secretary of state and the Iranian foreign minister. It was clear that each side squeezed as good a deal as could be had out of the other. Also supporting this conclusion is the earlier history of the U.S.-Iranian encounter, going back through the George W. Bush administration, in which increasing sanctions did not budge Iran until the United States gave up on its demand that Iran enrich no uranium whatsoever.

The FDD authors use the hoary term “better deal” in a subhead of their piece, but the subsequent text does not describe any deal at all. Instead, the authors say the United States should stick with more of the already-failed policy of nothing but pressure and should “continuously consult” with the Israeli government of Netanyahu, who can be counted on to try to sabotage U.S. diplomacy as much in the future as he has in the past.

FDD and the other opponents might actually contribute to the debate on policy toward Iran if they were honest about their objectives. If the objective is regime change, then the debate could consider whether such an approach would be any more fruitful than the unhappy record of previous U.S. efforts at regime change in the Middle East, and whether the perennial mistaken belief that the Iranian regime is on the brink of collapse is any more true now than in the past.

If the objective is indefinite confrontation with the Iranian bête noire—with all of the accompanying risks of escalated conflict—the debate can consider what good such confrontation would do on behalf of nuclear nonproliferation, peace and stability in the Middle East, and U.S. interests generally.