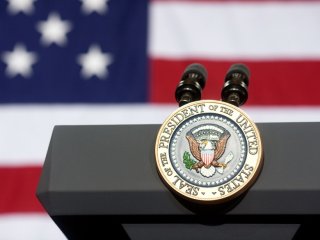 A recent column by David Ignatius contains an important insight about how different countries perceive their roles in countering the extremist group known as ISIS. Ignatius observed a table-top war game at Israel's Institute for National Security Studies. The game scenario involved ISIS seizing control of a province in southern Syria and conducting cross-border attacks that inflict casualties on the armed forces of both Israel and Jordan. The teams playing the roles of the Israeli and Jordanian governments both acted with restraint, hoping not to be drawn deeply into the Syrian war. The Israeli team retaliated for ISIS killing its soldiers but did not initiate any major military operations. The Jordanian team was looking for the Syrian regime and its Russian backer to use force to eject ISIS from its new position in southern Syria.

The Israeli team was led by a retired general who previously headed the planning staff of the Israel Defense Forces. Ignatius confirmed with a later visit to Israeli military headquarters that the game accurately reflected how Israel's actual military leaders currently view the war in Syria. He cites a senior Israeli military official as saying that if Israel wanted to launch a major ground offensive against ISIS forces in southern Syria (as well as ISIS-connected militants in the Sinai Peninsula), it could wipe out the ISIS forces in three or four hours. “But,” the official continued, “what would happen the day after? Right now, we think it will be worse.” That is a terse but correct statement of the key question and main problem involved in any ideas at the present time about escalating the use of force in an effort to destroy ISIS.

When it comes to how most Israeli officials talk about the U.S. role, however, they say something different. According to Ignatius, “They argue that the United States is a superpower, and that if it wants to maintain leadership in the region, it must lead the fight to roll back the Islamic State.”

That's not leadership; it would be, among other things, a free rider problem.

It's not just the Israelis and Jordanians who are thinking along such lines. Although U.S. Secretary of Defense Ashton Carter says, “I have personally reached out to the ministers of defense in over forty countries around the world to ask them to contribute to enhancing the fight against ISIL,” the New York Times reports that “the United States has had little success in persuading allies to provide more troops.”

It is quite rational and unsurprising for other countries to behave as they have on this issue, both because of the long-term prospects for ineffectiveness that the Israeli official noted and as a matter of burden-shifting. As Ignatius puts it, “Most players still want to hold America's coat while the United States does the bulk of the fighting.” It may be in the interest of those players for the roles to be apportioned that way; it certainly is not in the interests of the United States for the roles to be apportioned that way. And the question about what happens the day after applies to the United States as it would to Israel or any other party that might intervene.

All of this is related to warped but nonetheless commonly expressed views within the United States about what constitutes U.S. leadership abroad, in the Middle East or anywhere else. Too often what is labeled as leadership is really more like followership, in that it gets measured in terms of what other, coat-holding governments would like the United States to do. Also too often, leadership is equated with sounding bellicose or doing tough-looking, kinetic things such as escalating the use of military force.

The warped views of U.S. global leadership do not correspond to what generally is understood to constitute leadership in other contexts, such as a corporation or other organization. In those places, for the boss to do everything himself or herself is not seen as leadership but rather as a sign of inability to exercise leadership. True leadership instead involves persuading everybody in an enterprise that they are part of a common effort with important goals, and motivating them to work together to do their parts of the job. Maybe Secretary Carter is not demonstrating effective leadership in his failure to get other countries to contribute more in fighting ISIS, or maybe the interests of those countries just make it difficult for even the most skillful leader to make much headway on that front. But it should not be a matter of the United States doing it all. Sometimes a leader does have to get ahead of what other players are doing, but as a way of pointing them in the right direction and inspiring them to act as well, not as an alternative to their acting.

Underlying all of this as far as the ISIS problem is concerned is the question of whom the group most threatens. As measured by generation of refugees, destabilization of one's region, and potential for direct physical harm, the United States has less reason to feel threatened than do many other countries, including the coat-holders.