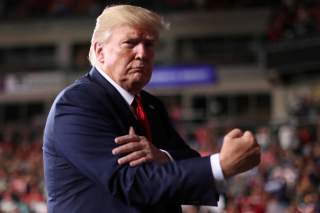 Border walls, which have become a big part of Trump’s politics, figure into the same affinity. Trump has lauded Israel’s security barrier, which slices through the West Bank and skirts the home village of the grandmother whom Representative Tlaib will not be visiting, as a model for the United States. Netanyahu has basked in the comparison and added that a further security barrier that Israel has built near the Egyptian border has been a “great success” that has “stopped all illegal immigration.”

The handling of the proposed visit by Tlaib and Omar has received criticism from many different quarters for many different reasons. What all Americans ought to ponder is how this incident demonstrates how far U.S. politics have come from truly putting America first and from upholding its interests before the rest of the world in a strong, united and effective way.