Trump's Destabilization of the Persian Gulf 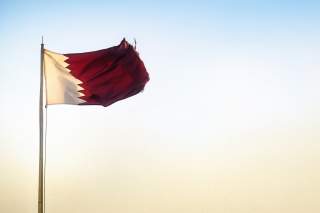 That “Arab NATO” didn’t last very long, did it?  The break with Qatar by some of its Arab brethren, including its nearest neighbors, is impressively comprehensive, involving a breach of diplomatic relations and an economic and transportation embargo.  It reflects sharp divisions not only within the Arab world but even among the half dozen monarchies that constitute the Gulf Cooperation Council (GCC).  The break is a resounding refutation of the notion, which was a leitmotif of President Trump’s recent trip to the region, that significant lines of conflict in the region can all be reduced to some simplistic grand division, such as of evil versus good, Shia versus Sunni, or Iran versus everyone else.

The ostensible complaint about Qatar’s financing of extremists is grounded in truth about that financing but is an unpersuasive instance of the pot calling the kettle black, given the Saudis’ own record in furnishing such support to radicals.  The actual grievances that the Saudis and others have with the Qataris involve the sorts of parochial, ignoble concerns that the United States does not share and should not act as if it does.  Qatar’s sponsorship of Al Jazeera has long been a thorn in the side of the Saudi rulers, who dislike free-wheeling journalism that addresses subjects of interest to the Saudis.  Then there was the way in which, back in the nineties, the father of the current Qatari emir deposed his father, an action that senior Saudi royals saw as a disturbing precedent for ruling families in the region and led to the Saudis reportedly attempting to foment their own coup in Qatar.

Policies toward the Muslim Brotherhood are an additional issue.  Certainly it is misleading to throw the Brotherhood rhetorically into the same hopper as the much different violent extremists that are the object of counterterrorist efforts.  The Brotherhood has represented in most places in the region the principal peaceful Islamist alternative to the violent extremism of jihadists such as ISIS.  The Saudi royals have been wary of the Brotherhood because it represents a popular way of incorporating Islam into politics that is quite different from the monarchical absolutism of the royals themselves; the Brotherhood thus constitutes a threat to the religiously-based legitimacy of the house of Saud.  Egyptian strongman Abdel Fatah al-Sisi opposes the Brotherhood because it represents a popular alternative to his increasingly harsh authoritarian rule; the democratically elected president whom al-Sisi deposed in a coup was a member of the Muslim Brotherhood.

For Qatar’s rulers—even though they, like the Saudis, lead a very undemocratic and Wahhabi-based monarchy—dealing with the Brotherhood is a matter of recognizing social and political reality.  Persian Gulf specialist Gerd Nonneman, of the Doha campus of Georgetown University, observes that Qatar’s relationship with the Brotherhood and other Islamist organizations “was never driven by religious ideology but by a pragmatic calculation that these movements had considerable social traction and would likely become an important part of the post-Arab Spring era.”

Then there is Qatar’s mostly normal relationship with Iran.  This is the aspect of the intra-GCC dust-up that raises the most serious questions about the Trump administration’s crudely simplistic way of defining lines of conflict in the region and in particular its automatic, nothing-but-confrontation-and-hostility posture toward Iran. Qatar has very practical reasons to conduct normal business with Iran.  The two countries share the largest natural gas field in the world, a resource that is the key to Qatar’s wealth and its status as the world’s largest exporter of liquefied natural gas.  The two countries peacefully exploit this resource, competing in terms of economics and technology and not in terms of bullets or subversion.  To those who habitually recite the mantra about Iran’s “nefarious” behavior in the region, isn’t its behavior vis-à-vis Qatar and the gas exactly the kind of peaceful, normal, behavior we want to encourage?  And if it is to be encouraged, shouldn’t we all conduct ourselves the way the Qataris have in this respect?  Such conduct need not erase or overlook other differences or conflicts of interests.  As Nonneman notes, Qatar’s posture toward Iran is as pragmatic as its posture toward the Muslim Brotherhood; Qatar is strongly opposed to Iranian policies in Syria, for example, but sees no good to be done by any attempt to isolate Iran totally.

Iran’s immediate response to the embargo of Qatar by its Arab brethren was to offer food exports to make up for commerce interrupted by Saudi Arabia closing its land border with Qatar.  Would export of food be another example of that “nefarious,” “destabilizing” Iranian behavior we keep hearing about?

The Qatar experience raises another important point regarding conflict, stability, and Iran. As has been mentioned by many observers while Trump has continued sword-dancing with the Saudis and been castigating the Qataris, Qatar hosts the largest U.S. military base in the Persian Gulf region.  If having normal relations with Iran does not preclude a country from hosting even a large U.S. military installation—and one in the Persian Gulf, in Iran’s backyard, rather than, say, in the Gulf of Mexico—than why are we so afraid of anyone having normal relations with Iran, and are so vehement about trying to isolate Iran?  Nothing could demonstrate more clearly the bankruptcy of a U.S. posture that assumes any dealings with, or activity of, Iran to be bad by definition.

And nothing demonstrates the extremes to which the Trump administration goes in pushing its all-hostility-all-the-time policy toward Iran than the White House’s appalling statement about the ISIS terrorist attacks in Tehran, which reads in its entirety, “We grieve and pray for the innocent victims of the terrorist attacks in Iran, and for the Iranian people, who are going through such challenging times. We underscore that states that sponsor terrorism risk falling victim to the evil they promote.”  Shorten this by about a hundred characters and add some exclamation points, and this almost reads like one of those middle-of-the-night impulsive Trumpian tweets.  It is all the more disturbing that this was instead an official White House statement, released by the press office—a reflection of how the extremes of current policy toward Iran are a function not just of Donald Trump’s urges but also of personal grudges found elsewhere at high levels of his administration, a party-wide impulse to do the opposite of whatever Barack Obama did, and other comparably bad bases for constructing foreign and national security policy.

The “evil they promote” language turns upside down, of course, the whole story of ISIS and of how Iran has been a major foe, not a supporter, of that group and similar brands of terrorism.  But the heartlessness and ignorance of the White House statement have implications beyond policy toward Iran.  Just imagine what our own reaction would be if a similar “they had it coming” statement were made by any other government, in response to a terrorist attack by any group made against any other country.  The reaction quite properly would be that the government making the statement was irresponsibly condoning terrorism.  For the United States to make such a statement subjects it to a very unfavorable comparison with Iran, which responsibly reacted with compassion and support following the most serious terrorist attack against the United States.  Donald Trump likes to pose, as he tried to do during his recent trip to the region, as a leader in the fight against terrorism.  Anyone who declares that the target of an ISIS attack had it coming to them is not qualified to be such a leader.

Everyone except hardline trouble-makers has an interest in de-escalation, rather than escalation, of tension and conflict in the Persian Gulf.  Everyone includes the United States, the GCC countries, and the global economy.  It is not just the leaders of Qatar who recognize that.  Oman has carefully maintained smooth relations with all of its neighbors, including Iran, and for the most part Kuwait has tried to do so as well.  That’s half of the GCC.  Even the Saudis, when they are not seized with shorter term preoccupations such as new leaders trying to make marks for themselves, have from time to time seen the value of rapprochement with Iran.

There has been an opportunity just within the past few months, based on a GCC proposal for dialogue that the Kuwaiti foreign minister carried to Tehran, for significant de-escalation of cross-Gulf tension.  The proposal was well-received in Iran.  President Rouhani, with a strengthened mandate after a landslide re-election victory, has expressed willingness to discuss without preconditions the full range of differences between Iran and the Gulf Arabs.  Iran and Saudi Arabia already, earlier this year, held talks that reached a compromise to resolve some differences regarding Iranian pilgrims making the Hajj to Mecca.

Then along comes Donald Trump, preaching a message not of rapprochement and reconciliation, not of the need for countries that live in the same neighborhood and are not going anywhere to share that neighborhood, but instead a message of militancy, hostility, and isolation.  He has been appealing to, and bolstering, all the worst, most parochial inclinations of the Saudis and others, and opposing inclinations based on their better judgment.  The Saudi-led move against Qatar was not initiated by Trump but was in effect encouraged by him (and not just because he has bragged of being responsible for it), with its mishmash of anti-Iran, anti-Muslim Brotherhood tones resembling the music that Trump had been singing.  All the issues about the Brotherhood and other intra-GCC disputes had been around for a long time; it is no accident that the move against Doha was made when it was.