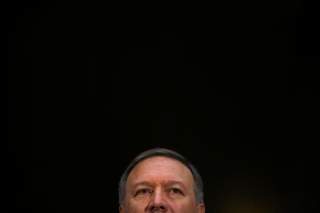 The prospective replacement of Rex Tillerson with Mike Pompeo clears one of the last apparent hurdles between Donald Trump and his destruction of a significant diplomatic achievement that has been squarely in the interests of the United States, of nuclear nonproliferation, and of the containment of conflict in the Middle East.  This is, of course, the multilateral agreement that restricts Iran’s nuclear program, known formally as the Joint Comprehensive Plan of Action (JCPOA).  There is ample reason to worry that such destruction is a step toward an even worse consequence: a new U.S. war in the Middle East.   Even if events stop short of that neocon dream, Trump and Pompeo are charting a course toward endless conflict, escalating tension, and an upsurge in weapons proliferation.

And they are doing it for all the wrong reasons.  Tillerson certainly is no Iran-hugger.  He came into his (short and unhappy) job as secretary of state with no identifiable ideological or political obsessions that could be expected to shape his thinking one way or another about policy toward Iran.  He counseled Trump against destroying or pulling out of the JCPOA because any dispassionate and objective analysis leads to the conclusion that a strict and rigidly enforced set of limits on Iran’s nuclear program to keep that program peaceful, which is what the JCPOA is all about, is squarely in the interests of the United States, of nonproliferation, and of the containment of conflict in the Middle East.  Now Trump has one less subordinate to annoy him with advice that is based on dispassionate and objective analysis.

Trump’s crusade against the JCPOA is based mainly on what has been all along one of the two major drivers of opposition to the agreement, which is to oppose and destroy anything Barack Obama accomplished.  Trump’s urge to do the opposite of whatever Obama did has probably been the single most consistent thread in his otherwise inconsistent and erratic presidency.  The urge repeatedly has taken precedence, as have the faux-populist memes and applause lines that energize Trump, over anything that bears any resemblance to careful consideration of the national interest (as illustrated in recent weeks by trade policy).  The other major driver of opposition to the JCPOA—the bending to whatever the right-wing government of Israel says and wants—has been a slightly less consistent thread for Trump personally but also a factor, as illustrated by other administration policies such as the move regarding Jerusalem.

As for Trump’s soon-to-be (if confirmed) partner in destruction, Mike Pompeo, his unrelenting hostility to the JCPOA is rooted in his record as a congressman who was one of the most rabid partisans on Capitol Hill.  His determination to destroy this foreign policy accomplishment of Obama is of a piece with his role as leading attack dog against Obama’s first secretary of state and would-be successor, Hillary Clinton.  Pompeo also has a long record of Islamophobia and Iranophobia that is more visceral than cognitive.  The extreme to which Pompeo is willing to go to act on his obsession about Iran is perhaps best illustrated by his tendentious and irregular effort—taking a page from the playbook of those who sold the Iraq War to the American public—to conjure up an alliance between Iran and Al-Qaeda, even though no such alliance has existed and those two players are on opposite sides of most sectarian and geopolitical divides that matter.

One possible remaining complication along the path to destruction involves the implications that policy toward Iran and the JCPOA may have for policy toward North Korea.  Many commentators have observed that the time frame for a prospective summit between Trump and Kim Jong-un is similar to that for the next scheduled U.S. presidential waiver of sanctions on Iran. A failure to waive would be a clear violation of U.S. commitments under the JCPOA, in the face of what has been Iran’s consistent observance of its obligations under the accord.  One line of analysis is that U.S. compliance with the JCPOA is important for getting any concessions out of Pyongyang regarding its nuclear program, both because the North Koreans need to believe that the United States will keep whatever bargain it strikes with them and because U.S. violation of the JCPOA would antagonize other parties to that accord, whose support is necessary to maintain economic pressure on North Korea.  The analysis makes sense.  North Korea has no incentive to concede on anything if it suspects that the Trump administration will renege on its promises, and nothing will feed this suspicion more than for the United States to renege on its commitments in another nuclear agreement.

An alternative scenario is that the prospect of negotiations with North Korea may give Trump more of an incentive to rip up the agreement with Iran because, as one pro-Trump exponent of this scenario explains, "Kim is going to learn that if he thinks he is going to cut a deal, it's going to have to be way more ironclad than the JCPOA."  As a negotiating strategy this makes no sense at all, because of the disincentive to the North Koreans to strike a deal that they will have all the more reason to believe the United States will not observe.  As a U.S. objective it also makes no sense, especially given the differences between the Iranian and North Korean situations.  The biggest difference, of course, is that North Korea has a substantial arsenal of nuclear weapons and Iran has none.  No conceivable agreement with Pyongyang at this point, even one that everyone could applaud as a positive contribution to stability on the Korean peninsula, would go as far as the JCPOA goes.  An agreement identical to the JCPOA would have been great to have several years ago, before Pyongyang built its arsenal.  Such an agreement would have avoided the fix the world is in now with the problem of Kim’s nuclear weapons.  Today, an agreement with North Korea that is identical to the JCPOA would be wonderful—it would mean getting rid of all the North Korean nukes—but that is beyond the reach of even the most self-confident deal-maker.

That an approach makes no sense does not mean Donald Trump won’t take it.  Besides, the more he thinks about it, the more he may not even want a deal with North Korea, just as he probably is having second thoughts about the summit meeting with Kim to which he impulsively agreed.  Even after purging advisers who try to talk sense to him, Trump probably will realize that any feasible nuclear deal he could reach with North Korea would be less extensive and less restrictive than the agreement with Iran that he has excoriated so long and so loudly.  Rather than make an agreement with North Korea that, by his own implied standards, would be subpar, it might look better from Trump’s perspective just to keep fulminating about how his predecessors had left such messes and about how he is putting more pressure on adversaries than ever before, while he goes ahead with pulling out of the JCPOA.  That would mean two nuclear crises and not just one, but in Trump’s universe that is not necessarily seen as a setback.

The least bad outcome for the JCPOA as a result of Trump (and Pompeo) gunning for it is that the other six parties to the agreement would keep some version of the accord going after a U.S. pullout.  But that may not happen.  This week the Iranian deputy foreign minister said, "If the U.S. quits the nuclear deal, we will also quit it.  We have told the Europeans that if they can't keep the U.S. in the deal, Iran will also leave it."  That means all the restrictions that the JCPOA had put on what previously had been an accelerating Iranian nuclear program—restrictions that shoved that program backward—would come off.

That eventuality would underscore how much the talk about getting a “better deal” and correcting “flaws” in the JCPOA has been a charade covering efforts to kill the agreement outright for other reasons.  (Here’s a lesson from Diplomacy 101: nearly all international agreements are “flawed” in that they are the result of negotiations in which neither side gets everything it would like.)  Those complaining about Iranian missiles or other non-nuclear activities would see just as much of those activities as before and an expanded Iranian nuclear program.  Those calling for the most sweeping inspection access imaginable in Iran would see the departure from Iran of the additional inspectors placed there under the JCPOA and less scrutiny of the Iranian program.  Those expressing worry about what Iran would do a decade from now after “sunset” dates are reached will see Iran doing some of those same things right away.

Besides all that, there would be the broader harm to U.S. interests from a world that sees the United States not observing its agreements and sees a U.S. foreign policy in which destruction trumps productive diplomacy.

Image: Representative Mike Pompeo (R-KS) arrives to testifies before a Senate Intelligence hearing on his nomination of to be become director of the CIA at Capitol Hill in Washington, U.S., January 12, 2017. REUTERS/Carlos Barria