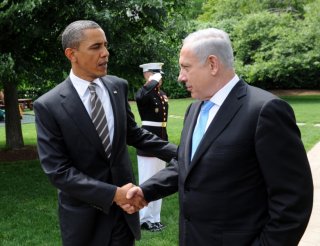 A piece by Jeffrey Goldberg at The Atlantic bearing the title “The Crisis in U.S.-Israeli Relations is Officially Here” has elicited much comment, including from colleagues at The National Interest. Goldberg has performed a useful service in at least two respects. One is that his piece highlights how friction in the U.S.-Israeli relationship is primarily an epiphenomenon of an Israeli policy trajectory that is detrimental to Israel itself—no matter what U.S. officials may or may not say about the policies, publicly or privately—and not only detrimental to others. In commenting, for example, on the latest insertion of right-wing Jewish settlers into Arab areas of East Jerusalem—which many Palestinians unsurprisingly see as another step in de-Palestinianizing East Jerusalem so much that it could not become capital of a Palestinian state—Goldberg writes, “It is the Netanyahu government that appears to be disconnected from reality. Jerusalem is on the verge of exploding into a third Palestinian uprising.” He's right about the potential for a new intifada, one that could emerge spontaneously from bottled-up frustration and anger and would not need to be ordered or directed by anyone.

Another service by Goldberg is to portray the relationship far more realistically than one would conclude from the boilerplate that both governments routinely serve up about supposedly unshakeable ties between close, bosom-buddy allies. The fact is that the interests that this Israeli government pursues (not to be confused with fundamental, long-term interests of Israel and Israelis generally) are in sharp and substantial conflict with U.S. interests. No amount of pablum from official spokespersons can hide that fact.

For both these reasons, Goldberg's article deserves a wide readership.

The most recent expressions that reflect the true nature of the relationship are not just a matter of unnamed U.S. officials mouthing off. Goldberg notes in the third sentence of his piece that the comments he is reporting are “representative of the gloves-off manner in which American and Israeli [emphasis added] officials now talk about each other behind closed doors.” So the barbed tongues extend in both directions, but with two differences. One is that in this relationship the United States is the giver (of many billions in aid, and much political cover in international organizations) and Israel is the taker; harsh comments are far harder to justify when they are directed by an ungrateful beneficiary to its patron rather than the other way around. The other difference is that Israeli leaders insult the United States not just through anonymous comments to journalists but also publicly and openly; the current Israeli defense minister is one of the more recent and blatant practitioners of this.

One can legitimately question some of the particular accusations by the U.S. officials that Goldberg reports, not to mention the scatological and indecorous terminology employed. But to concentrate on this is to overlook the larger and far more important contours of the relationship. The most fundamental truth about the relationship is that, notwithstanding routine references to Israel as an “ally,” it is not an ally of the United States beyond being the recipient of all that U.S. material and political largesse. An ally is someone who offers something comparably significant and useful in return, particularly on security matters. That this is not true of Israel's relationship with the United States is underscored by the priority that the United States has placed, during some of its own past conflicts in the Middle East such as Operation Desert Storm, on Israel not getting involved because such involvement would be a liability, not an asset.

The core policy around which much of this Israeli government's other behavior revolves, and which defines Israel in the eyes of much of the rest of the world, is the unending occupation of conquered territory under a practice of Israel never defining its own borders and thus never permitting political rights to Palestinians under either a two-state or a one-state formula. This policy is directly contrary to U.S. interests in multiple respects, not least in that the United States through its close association with Israel shares in the resulting widespread antagonism and opprobrium.

It is a fallacy to think that making nice to the Israeli government will get it to back off from its opposition. It is a fallacy because that government has shown it does not want any agreement with Iran no matter what the terms, and because it is dishonest in expressing its opposition. There certainly is genuine concern in Israel about the possibility of an Iranian nuclear weapon, but that is clearly not what is behind the Israeli government's opposition because the sort of agreement that is shaping up would make it markedly less likely, in terms of both Iranian motivations and capabilities, for Iran ever to make a nuclear weapon than would be the case with no agreement. That's the very purpose of the agreement. The Israeli government instead seeks to keep Iran permanently in diplomatic exile, precluding any cooperation between Iran and the United States on other issues (which would dilute Israel's claim to being the only worthwhile U.S. partner in the Middle East) and retaining the specter of Iran and a nuclear threat from it as the “real problem” in the Middle East supposedly more worthy of international attention than the occupation and unresolved plight of the Palestinians. These objectives, as well as the setback for the cause of nonproliferation that collapse of an agreement with Iran would entail, also are directly contrary to U.S. interests.

The best way to handle the implacable opposition to an Iranian deal from Netanyahu—who, according to Goldberg's reporting, has “written off” the Obama administration—is to write off Netanyahu and any hope that he could be brought around on the subject. Needed instead is to expose—to Israelis, as well as to members of Congress and other Americans—the fundamental dishonesty of Netanyahu's opposition. Maybe a useful step in doing that would be to bring back Netanyahu's cartoon bomb that he displayed at the Untied Nations General Assembly and point out how the preliminary agreement reached with Iran last year (and which the Israeli prime minister consistently denounced) has already drained the bomb and moved the Iranian program back from the lines that the Israeli prime minister drew with his red marker.

Calling Netanyahu to account certainly is not a sufficient condition to achieve political change in Israel, with its ever steeper rightward tilt, but it is probably a necessary condition. The state of the relationship with the United States is highly salient and highly important to many Israelis, but it will not be a driver of political change as long as it remains masked by all that boilerplate about how great the “alliance” is.

There are a couple of problems with the title of Goldberg's piece (which is probably the doing of an editor, not Goldberg). One is that there isn't “officially” a crisis. The fact that official statements continue to talk about a supposedly rosy relationship is part of what is, as explained above, wrong.

The other problem is that in this context the word crisis is a misnomer. The term usually indicates a potential for a big turn for the worse, especially the outbreak of a war between whatever two parties are experiencing a crisis. That's not what's involved here. The only reason the term crisis comes up regarding U.S.-Israeli relations is the fictional, deliberately inflated view of the relationship as something qualitatively different that ought to defy any of the usual rules that apply to any patron and client or to any bilateral relationship. Sweep aside the politically-driven fiction about two countries that supposedly have everything in common and nothing in conflict and instead deal with reality, and the concept of crisis does not arise at all. What you have instead is a bilateral relationship that is like many others the United States has, with some parallel interests and objectives along with other objectives that diverge—sometimes sharply—and with honest recognition of the latter being a normal part of business. Being honest and realistic is good for U.S. interests, and in this case it would be good for the long-term interests of Israel as well.