What Breakdown of the U.S.-Russian Agreement on Syria Does Not Mean 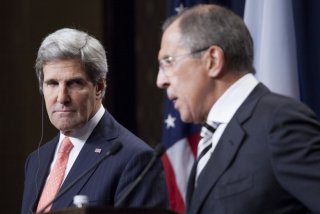 Before additional sweeping conclusions, about the war in Syria and what to do about it, are drawn from the recent breakdown of the U.S.-Russian agreement on Syria, some observations are in order about what this episode does not indicate.

Short-term responses are different from long-term interests. A school of thought in the United States that has been skeptical all along about U.S.-Russian negotiations on Syria holds that Russia has no interest in resolving the conflict with diplomacy and has just been stringing the United States along. Any “I told you so” from adherents of this school in response to the suspension of U.S.-Russian negotiations on the subject is not warranted. Russia's interests in Syria have centered on maintaining a political and military foothold in the Middle East and on showing itself to be an essential player in the region. Russia has reacted to specific events on the ground in Syria over the past couple of weeks with its own specific, tactical responses. But bashing eastern Aleppo is not per se a Russian interest. The broader political and military position that is a Russian interest is not served by unending conflict in Syria. The Russians still have an interest in being a major part of resolving that conflict.

A U.S.-Russian bilateral agreement is different from the sort of multilateral negotiations necessary for a comprehensive resolution of the conflict. However well-intentioned and possibly helpful any bilateral accords may be, they always will be less than what is needed to bring this multifaceted and very complicated war to a conclusion. Neither Russia nor the United States controls the local players that each one is aiding. As Mark Katz notes, both the Syrian opposition and the Assad regime had reasons to be unhappy with what Moscow and Washington had negotiated and thus had reasons to wreck the cease-fire. Eventual resolution or even significant damping down of the conflict will require the participation of the inside players and the other major outside ones: Turkey, Iran, and the Gulf Arabs.

Not achieving a diplomatic solution is different from being able to achieve a military one. A military resolution of the Syrian conflict is as out of reach as it ever was. The regime lacks the ability to make good on Assad's objective of recapturing every inch of Syrian territory, and the opposition is far from being able to topple the regime, even with outside help.

What players in the Syrian conflict are doing militarily now is different from what they could or would do in response to any U.S. escalation. There is an oddly static quality to the implicit assumptions about Russian and Syrian regime behavior in many of the calls for the United States to escalate. The reality would be more dynamic. Dave Majumdar describes the possible and very plausible Russian military responses to any such escalation, some of which could lead to direct U.S.-Russian military clashes. Those intent on treating the problem of Syria as if it were a continuation of the Cold War, in which the United States and U.S.S.R. vied for influence through proxies around the world, should remember that even during the Cold War both superpowers were careful to avoid actions that would lead to direct combat between their two militaries.

The same insufficient attention to the full range of responses characterizes much of the calling for the United States to apply military “pressure” to the other side to induce political concessions about Syria. Precisely because Russia has a bigger stake in Syria—its only real foothold in the Middle East—than the United States does, its response is more likely to be counter-escalation rather than just concessions. The balance of pressures would then be unchanged even though the war would be that much more intense. As for the Syrian regime, whose survival is at stake, it has even more of an edge in motivation and more of a reason to keep fighting at higher cost.

The ups and downs of the Syrian civil war are different from the ups and downs of U.S. interests. U.S. interests in Syria have to do with the export of terrorism and other forms of violent extremism and instability. Those interests do not depend on the political coloration of the regime in Damascus. They do not depend on ridding the world of the Assads, who have been in power there for decades.