Where Is the Partner for Peace That Israel Needs? 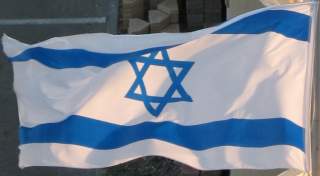 How does the PA react to such a terrible event, where one of its own officers commits an act of terror?  By honoring him. On Saturday, Saeb Erekat visited the home of Aribah’s family to pay his respects to Aribah, who had been killed by Israeli police at the scene of his attacks.

Erekat is in fact the chief Palestinian negotiator with Israel as well as a high PLO official, so one may say the path to peace is in the hands of a man who thinks it appropriate to honor terrorists. The PA and PLO do this all the time, naming parks and schools after killers, but this occasion was especially remarkable. While John Kerry, in Washington, was lecturing Israel about peace in a speech in Washington on Saturday  (“But while saying that ‘I understand why Israelis feel besieged,’ Kerry directed most of his cautions toward Israel,” said the Washington Post), there were three more terrorist attacks by Palestinians against Israelis on Friday.

Maybe Kerry was behind in his news feed. And maybe no one told him that the Palestinians’ chief peace negotiator was busy Saturday, while Kerry was speaking, paying honor to terror. Kerry’s main message in his speech to the Brookings Institution’s Saban Forum, was that Israel needs to make peace. But where is the partner for peace that Israel needs?