Why, and How, Congress Should Enact an AUMF 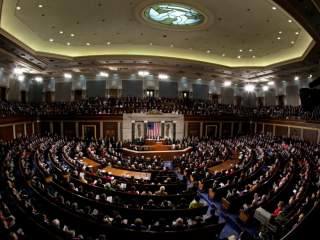 The request by a U.S. Army captain to a federal court for a declaratory judgment about his constitutional duties regarding going to war is the latest reminder of the unsatisfactory situation in which the United States is engaged in military operations in multiple overseas locales without any authorization other than a couple of outdated and obsolete Congressional resolutions whose relevance is questionable at best. Of the many ways in which the U.S. Congress has fallen down on the job, this is one of the more important ones. There are several reasons that Congress should take up without further delay the question of an authorization for the use of military force (AUMF). Getting out of the legal netherworld in which current U.S. military operations exist is one of those reasons.

Another reason is that Congress is, along with the executive branch, a co-equal policy-making arm of government. Important dimensions of war and peace should reflect the best judgment of the people's representatives in Congress, rather than that branch being merely a kibitzer and critic of what the administration does. It is bad enough that on countless domestic issues Congress has wavered between doing nothing and outright obstruction. It is worse still that it has not stepped up to the plate on something as consequential as the use of armed force.

Yet another reason is that a Congressional debate can be a vehicle for weighing and examining, publicly and thoroughly, the purported reasons for currently using U.S. military forces abroad, and for setting clear objectives and limits for any continued use. The idea is not only to get an authorizing resolution right, but to get the policy itself right. A good debate would be an occasion for questioning what have become widely accepted but generally unexamined assumptions underlying much current policy involving military force.

A Congressional debate can be such a vehicle, but it won't necessarily be that, which is where the how as well as the why of Congressional consideration of the subject comes in. The nation unfortunately has had experience in how not to do it. One such instance was the Gulf of Tonkin Resolution of August 1964, which became used as an authorization for the entire Vietnam War. Congress approved the resolution by overwhelming majorities after just nine hours of debate, only a week after the naval incident that was the peg on which the resolution was hung. Extensive Congressional examination of the Vietnam situation, particularly by the Senate Foreign Relations Committee chaired by J. William Fulbright, would begin only after the United States was deeply mired in the war.

Just as bad was how Congress approached the resolution, enacted in October 2002, authorizing the offensive war in Iraq. This time there was no consideration at all of the resolution in committee—only a cursory floor debate. Republicans were mostly observing party loyalty to their president. Democrats were anxious to get the vote out of the way as quickly as possible to maximize the time between the vote and the elections in November. Political pusillanimity prevailed. One of the few members to lament this shoddy and rushed performance of Congress's duty was Senator Robert Byrd, who said on the Senate floor a few weeks before the invasion, “This chamber is for the most part ominously, dreadfully silent. You can hear a pin drop. Listen. You can hear a pin drop. There is no discussion. There is no attempt to lay out for the nation the pros and cons of this particular war. There is nothing.”

A proper Congressional consideration today of an authorization for the use of military force would begin with extensive hearings by the foreign affairs and foreign relations committees of each chamber that would examine the most basic questions about U.S. interests and objectives in the countries concerned. Such an examination would subject to questioning from all sides every assumption about what difference the longevity of a particular regime, or the status of a particular group, does or does not make to U.S. interests. There also would be hearings of the two armed services committees that would explore all relevant questions not only of the immediate effectiveness of different applications of military force but also of the different turns and scenarios to which any one application could lead. This whole process, including floor debate, of considering a new AUMF could last many weeks. Congress should not rush and sacrifice thoroughness in doing so. The existing resolutions on which current military operations dubiously rest are more than a decade old, and some of the operations themselves have been going on for years.

It has now been over a year since the Obama administration sent to Congress a draft AUMF. That draft is fair game to be picked apart both by those who believe it goes too far and by those who think it is too restrictive. A thorough Congressional consideration of the subject ought to involve lots of picking apart of this document, and maybe even a wholesale substitution for all or parts of it. At least the administration tried to get things started with a draft. The majority party in both houses of Congress has done nothing. Its members evidently do not want to take responsibility for the consequences of U.S. military operations. It is more comfortable to continue to carp and to criticize, even if much of the criticism is in the direction of wanting still more use of military force. Political pusillanimity still prevails.