Why Mohammed bin Salman May Not Want More Reform 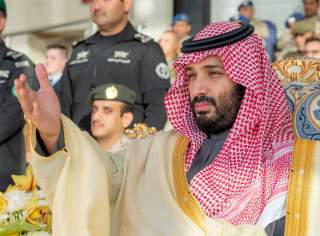 The image in the West of Saudi crown prince and de facto ruler Mohammed bin Salman (MbS) certainly took a big hit with the slaying of journalist Jamal Khashoggi in a consulate in Istanbul. Many who had viewed MbS as an exciting young reformer came to see him more as a murderous thug. But MbS’s image within Saudi Arabia has not suffered as much, according to an account by Stephen Grand based on conversations within the kingdom. Much of the complaining by Saudis about the Khashoggi affair has been directed at the West rather than at their own government. Grand attributes this response to goodwill that MbS accumulated through curbing the religious police, permitting women to drive, and introducing forms of entertainment previously missing from Saudi society such as cinema, concerts, and amusement parks.

These measures constitute small-ball reform. They do not involve fundamental change in the Saudi economy, let alone of Saudi politics. They are essentially favors the regime bestows on its subjects. The measures nonetheless have won gratitude because the bar that any reform needed to clear to be noticed was so low. Saudi society, ever since the regime’s concessions to religious conservatives after extremists temporarily seized the Grand Mosque in Mecca in 1979, has been so stiflingly closed that even small favors win friends.

MbS has declared an ambition for more sweeping reform under the label of Vision 2030. The declared goals include reducing dependence on oil revenues and expanding the private sector so it would account for most Saudi GDP, which it does not now. Such changes, if they ever occur, would be fundamental reform involving a growth in centers of economic power.

Such changes would raise questions, which social scientists have long debated and analyzed, of the effects that economic development has on the prospects for political development. A significant expansion of an entrepreneurial class and of a middle class not dependent on the state can lead to increased dissatisfaction with authoritarian rule and demands for a say in how society is to be governed. The demands flow from the emerging classes having a larger stake in the decisions about how society is to be governed as well as a larger awareness of their own capabilities.

The great counterexample to this line of reasoning is China, where the economic vibrancy and amazing growth that Deng Xiaoping set in motion with his market reforms four decades ago have not significantly shaken the political power of the ruling Chinese Communist Party. China thus has been an attractive model for authoritarian rulers elsewhere who hope for strong economic growth without endangering their own rule.

But as for whether a combination of dynamic economics and oppressive politics can endure indefinitely, the answer is—as former Chinese Premier Zhou Enlai said when asked about the impact of the French Revolution—“it’s too early to tell.” Many Chinese have been too busy getting rich to devote yet more of their energies to politics. And just as Saudi society set a low bar for any welcome loosening of social mores, pre-Deng Chinese poverty set a low bar for welcome economic betterment.

Moreover, the Chinese regime has some advantages, which the Saudi regime does not, in keeping the combination of open economics and closed politics going as long as it has. The Communist Party has a well-practiced ability to combine ideology and popular mobilization to portray everything as a revolution in which the party is the guide but in which everyone participates. Even President Xi Jinping’s move from collective to more personal rule—a move that parallels in some respects MbS’s consolidation of power—has exploited that revolutionary and ideological tradition. Today one hears from China about “Xi Jinping thought;” don’t expect to hear anything from Saudi Arabia about “MbS thought.”

The starting point for any estimation of where MbS goes from here with reform is that political reform is not on his agenda at all. The prime consideration in his decisions about economic and societal change will be to avoid anything that endangers his political power.

With that as his overriding priority, one specific consideration will be whether the Saudi regime will have the financial wherewithal to continue the arrangement of a rentier state buying, partly through small favors, obeisance of a dependent population. China never had such an option, and Deng realized that sweeping economic reform was essential to keep a billion people from indefinite misery. Saudi Arabia, with its oil wealth and far smaller population, has kept its much different game going for decades. Low oil prices can threaten the game, but as MbS views the meager efforts (not least of all in the United States) to move away from a fossil fuel economy, he has reason to think he can keep the game going even longer.

Another consideration will be how MbS, or anyone advising him, views the social scientific question of how opening an economy may lead to pressure to open the political system. To the extent he assesses there is such a connection, he has an incentive not to open the economy at all, notwithstanding his professed goals in Vision 2030. He will keep the goals as window dressing in the West, as part of an effort to repolish his image as a reformer. But at home he will slow-roll fundamental reform to the point of stasis, while occasionally throwing his subjects another bone equivalent to letting them go to the movies.