Will the Trump Administration Start a War with Iran? 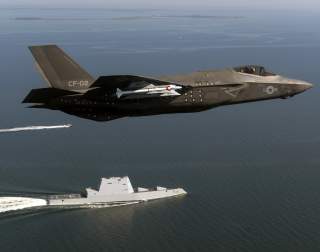 The direct stakes in whether the Trump administration adheres to the agreement that restricts the Iranian nuclear program are important enough, in terms of nuclear nonproliferation.  Also important are the opportunities to build on that agreement constructively to address problems of concern to both Iran and the United States.  But at stake as well, as the new administration makes policy toward Iran, is the need to avoid a potentially disastrous turn, highly costly to U.S. interests, in the U.S.-Iranian relationship.

Recall how the policy options were being framed in American public debate as of about four years ago, before the negotiations that produced the nuclear agreement got under way.  Amid much alarmist talk about an Iranian nuclear weapon being just around the corner, the “military option” was repeatedly and seriously discussed as the principal alternative to negotiations.  In other words, people were talking about starting a war with Iran—although that is not how the option was commonly phrased.

A military attack, intended to damage the mere potential for producing weapons that others, including the attacker, already have would have been a naked and illegal act of aggression.  It also would have been counterproductive in probably stimulating a decision by Iran to make a nuclear weapon that it had not previously decided to make.  But that is how the alternatives were nevertheless discussed.  Some who talked up the alternative of a military attack may have regarded it as more of a bluff, but for others war was an actual objective.

So in addition to the other setbacks to U.S. interests that would ensue from the United States reneging on the agreement, a U.S.-Iranian war is a potential, and highly costly, additional possible consequence.  The looming danger of such a war is not, however, only a function of how the nuclear agreement is handled.  The danger looms because appointments that Donald Trump is making to senior national security positions are installing at high levels of the new administration a predisposition to stoke permanent conflict with Iran, a predisposition that is far more visceral than analytical and that embodies the kind of fervor and hatred that has the risk of leading to armed conflict.

The most important figure in this picture apart from the president-elect himself is his choice as national security adviser, Michael Flynn.  Flynn’s attitude toward Iran is a corollary of his broader Islamophobic view of the Muslim world, in that it involves perceptions that are out of right field if not downright bizarre.  If his preconceived notions about such topics do not fit the facts, then he tries to make the facts conform.  One incident reported by the New York Times involved the attack on the U.S. diplomatic compound in Benghazi, Libya in 2012.  Flynn insisted Iran had a role in the attack, and he told subordinates at the Defense Intelligence Agency, of which he was then the director, that their job was to find evidence that he was right.  (No evidence of any Iranian role in the attack has surfaced.)  We should not be surprised that someone who performed his duties as an intelligence chief in this manner has more recently shown an affinity for fake news of other sorts that fits his political objectives, such as alleged involvement by the Democratic presidential nominee in pedophilia rings.

Other appointments made to date do not provide much hope of providing a corrective to Flynn’s proclivities on anything having to do with Iran.  One cannot expect such a corrective from CIA director-designate Mike Pompeo, who comes to the job with a strongly stated political agenda of trashing the nuclear agreement.

Nor can it be expected from the nominee for secretary of defense, James Mattis, even though he is more erudite than Flynn.  Mattis has a thing about Iran that appears to let passion shove the erudition aside whenever Iran is involved.  Mark Perry may be right that the passion is a Marine Corps thing and stems from the truck bombing, by Iran’s client Lebanese Hezbollah, of the barracks in Beirut in 1983 in which 220 Marines and 21 other Americans died.  Perry quotes another senior Marine officer as saying about Mattis, “It’s in his blood.  It’s almost like he wants to get even with them.”

Whatever the underlying cause of his passion, the passion causes accurate and realistic appraisals of Iran to suffer.  When Mattis asserts that Iran is not really a nation-state but instead a “revolutionary cause devoted to mayhem,” this indicates a failure to understand, or a refusal to understand, the history of Iranian politics and policy in the four decades since the Iranian revolution and the evolution of Iran’s relationship with the rest of the region.  When he says that “Iran is not an enemy of ISIS” and that “I consider ISIS nothing more than an excuse for Iran to continue its mischief,” this flies in the face of fundamental realities about both ISIS and Iran and how the latter is combating the former, especially in Iraq.

Ingredients are falling, tragically, into place for a possible war with Iran.  We have seen this play before, although some of the cast has changed.  Flynn’s leaning on intelligence officers to scrape together evidence to support his predetermined, and false, assertion about Iranian culpability in Benghazi eerily resembles the leaning by the George W. Bush White House, led by Vice President Cheney, on intelligence officers to scrape together evidence to support the predetermined, and false, assertion that the Iraqi regime of Saddam Hussein was allied with Al Qaeda.  Mattis’s statements about Iran and ISIS, some of which imply an alliance between the two, also have some of the same odor of the pro-war sales campaign of fourteen years ago.

The Iraq War came about partly because enough people who had been committed to that expedition for years were put in positions of power to get an inexperienced president—for whom the war served other role-defining purposes—to go along.  Now we are about to get the least prepared president in U.S. history, with little capacity on his part for questioning whatever assertions are voiced by the retired generals or others around him.  At least George W. Bush, although lacking foreign policy experience, could have learned something from his father, who had been president, envoy to the United Nations and to China, and director of central intelligence.  Donald Trump’s father was, like Donald, a real estate developer.

9/11 made possible the change in the American public mood necessary to sell the Iraq War.  It won’t, however, take anything on the scale of 9/11 (which, remember, had nothing to do with Iraq anyway) to help catalyze a war against Iran. A lesser terrorist attack, or maybe an incident at sea, could serve the purpose.  Assertive, forward U.S. military operations would increase the chance of such an incident, and once an incident occurs, it can be exploited and slanted for war-making purposes beyond the facts of the incident itself.  (See Gulf of Tonkin, 1964.)

Trump has more appointments to make relevant to policy on Iran.  One can hope for appointees who will exhibit more analysis than ardor and will favor facts over fakery.  But the trend so far is not promising.  Some persons mentioned for important sub-cabinet posts have been dedicated to killing the nuclear accord.

Then there are the hard-core neo-cons, including ones who were crestfallen when it appeared that Trump’s nomination marked an end to neoconservative dominance of Republican Party foreign policy.  Some of these people became declared never-Trumpers and a few even hitched their wagons to Hillary Clinton’s candidacy.  But many of these people, upon hearing what the early appointees say about Iran, must now be licking their chops.  In their view, the lesson for Iran of the U.S. invasion of Iraq (and never mind the subsequent eight-plus years of unpleasantness) has been: you’re next.  “Take a number”—that’s how it was put by John Bolton, a neocon uber-hawk on Iran who has been to Trump Tower for a job interview and is one of the candidates for secretary of state.

A U.S. war with Iran would be disastrous for all interests except Iranian hardliners, ISIS and those who exploit Middle Eastern instability, others in the region doing ignoble things from which they would like to divert attention, and speculators who are long on the price of oil.  Iran would strike back asymmetrically at times and places of its choosing, and the United States would help make enduring Iranian hostility a reality and not just a prejudicial preconception, and would do so not just among the hardliners.  A messy and bloody Middle East would become messier and bloodier.

Those in the United States who correctly want to avoid such a calamity should take the early Trump appointments as a warning sign.  The appointments especially ought to be a wake-up call for those who were too focused on Hillary Clinton’s hawkishness, or too encouraged by Trump’s utterances suggesting he would have a less interventionist foreign policy, or too inclined to dismiss both major party candidates as equally lost causes, to anticipate the current prospects regarding policy toward Iran.