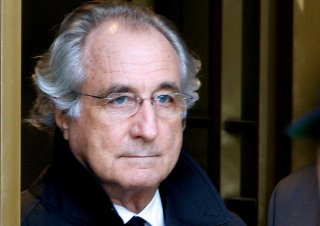 Bernard Madoff died last year after his Ponzi scheme collapsed in 2008. But the U.S. government is still trying to claw back the billions of dollars that were lost to Madoff’s scheme.

The Department of Justice (DOJ) said this week that payments of $372 million were distributed to 40,000 victims worldwide, the eighth such payment distributed by the Madoff Victim Fund, part of the DOJ’s Victim Compensation Program. To date, over $4 billion has been paid out to victims as part of the fund.

The DOJ also announced that an additional $5 billion is “being separately paid to Madoff victims through the BLMIS Customer Fund administered by the Securities Investor Protection Act Trustee.”

It is believed that about $18 billion in “real” money was lost by Madoff’s victims as a result of his crimes.

“This Office continues its historic work seeking justice for the victims of Madoff’s heinous crimes,” Damien Williams, U.S. Attorney for the Southern District of New York, said in the DOJ’s announcement. “Today’s additional payments of $372 million by this Office and the U.S. Department of Justice Criminal Division’s Money Laundering and Asset Recovery Section represents the eighth in a series of distributions that will leave victims with compensation for more than 88 percent of their losses—a truly remarkable result.  But our work is not fully complete, and this Office’s tireless commitment to compensating the victims who suffered as a result of Madoff’s crimes continues.”

The Ponzi scheme unraveled in late 2008 around the time of that year’s financial meltdown when Madoff admitted the fraud to his sons. The son informed authorities who arrested Madoff. In 2009 he pleaded guilty to eleven federal crimes and admitted in court that Madoff Securities had been a Ponzi scheme since 1991. He was sentenced to 150 years in prison and died there at age eighty-two in April 2021.

In 2019, Madoff had requested a commutation of his sentence from then-President Donald Trump, which a prosecutor from his case described as “the very definition of chutzpah.” Trump, who once claimed in a book that he had refused the chance to invest in Madoff’s fund, did not grant the request. On another occasion, after his health deteriorated in prison, Madoff sought compassionate release.

Marketwatch reported earlier this month on newly released FBI files that shed light on what happened when agents came to arrest Madoff in 2008.

“There is no innocent explanation,” Madoff told agents when they came to his home before he proceeded to explain to them exactly how the fraud worked. The agents arrested Madoff at the end of the meeting.