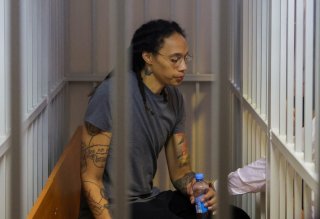 Bill Richardson, the former New Mexico governor and ambassador to the United Nations, said on Sunday that he is “cautiously optimistic” that a deal will eventually be reached to release WNBA star Brittney Griner and former U.S. Marine Paul Whelan—two Americans currently imprisoned in Russia.

“I do think so. Now, I hate making predictions, but yes,” Richardson said on CNN’s State of the Union when asked if he believed Griner and Whelan would be released before the end of this year.

“I think it's going to be a two for two,” he continued, adding that he has met with senior Russian officials who are “close to President Vladimir Putin.”

“I am cautiously optimistic,” he added. “I got the sense that the Russian officials that I met with, that I’ve known over the years, are ready to talk. I got a good sense from the Russians—the vibrations—but I’m not a government official.”

However, the Biden administration has distanced itself from Richardson’s efforts in the prisoner negotiations for weeks.

“I’m not part of the government, the government channel. I’ve always made that clear. I respect that,” Richardson said. “I think any decision, for instance, a release, a prisoner exchange, has to be made by the president. And I think the administration has done a good job on that.”

Last month, National Security Council coordinator John Kirby said during a White House media briefing that Russia has yet to respond to the “substantial proposal” that the Biden administration offered back in July regarding the release of Griner and Whelan.

Meanwhile, Russia has officially stated it was seeking convicted arms dealer Viktor Bout, who is currently serving a twenty-five-year prison sentence and once earned the nickname the “Merchant of Death,” as part of any potential prisoner swap. It has also been reported that Moscow tried to add convicted murderer Vadim Krasikov, currently imprisoned in Germany, to the proposed exchange.

A Russian court earlier this month set October 25 as the date for Griner’s appeal against her nine-year prison sentence for drug possession. Whelan, a corporate security executive from Michigan, was sentenced to sixteen years in prison on espionage charges in 2020.