The ‘Enhanced’ Unemployment Benefits Run Out in Just One Week 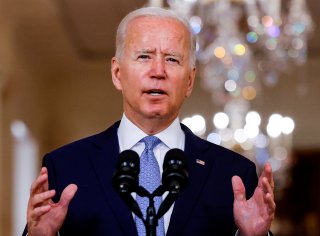 One of the key benefits of the American Rescue Plan Act that passed in March was “enhanced” unemployment benefits, which continued a policy first put in place by the CARES Act.

Those benefits, throughout the year, have helped many families, but they have also been blamed for the labor shortages that have occurred around the country. This was enough to move twenty-six states, more than half of the country, to opt-out of those benefits over the summer.

Whether the enhanced unemployment benefits are to blame for the labor shortages is something that has been debated by economists. One study found that the slashing of the benefits led to a $2 billion drop in spending. Meanwhile, there were reports, questioned by many, that as much as $400 billion in unemployment benefit money was stolen, some of it by international criminal syndicates.

At any rate, the enhanced unemployment payments are nearing their end, as the enhanced benefits are statutorily scheduled to expire on September 6.

“The U.S. economy has rapidly improved since last year’s pandemic-related fall out, with experts expecting the fastest rate of growth in four decades,” Bankrate reported this week, ahead of the scheduled expiration. “Even as job openings surge to new records and firms echo concerns of labor shortages, the job market still has 5.7 million fewer jobs than before the outbreak. Virus and child care concerns are keeping workers on the sidelines and the areas where jobs were lost aren’t exactly where they’re returning.”

Bankrate also offered some advice for beneficiaries as to how to handle the end of enhanced unemployment benefits.

Among the advice is that benefices should know which program their benefits are through. Also, they should budget wisely, do a credit card balance transfer in order to reduce interest payments, try to save as much money as they can, and try to take advantage of “goodwill” programs offered by lenders and other companies.

Those people who have collecting benefits are being advised to step up their job searches.

“Look for any viable means of generating income, including finding another job,” Mark Hamrick, Bankrate’s senior economic analyst, said in the in-house Bankrate article. “Some businesses and sectors are faring better than others right now.”

Those people who have been getting the benefits are asked to “seek assistance from charities, local nonprofits, family members, and also to mark sure they are withholding taxes from unemployment.” And they should also be following events in Washington, to see if any more extensions are coming.

“Predicting the behavior of elected officials in Washington, or elsewhere, is precarious,” Hamrick said. “Americans should prepare as if they might not get further benefits but keep an eye out for further developments.”