20 Percent Unemployment Is Here: 22 Million People Have Lost Their Job Thanks to Coronavirus 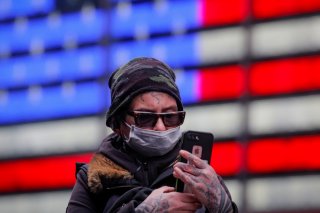 The economic destruction wrought by the coronavirus pandemic continues to grow just as the disease does. While over 28,000 Americans have died from the virus, the number of people unemployed in this country has grown to over 22 million people.

Released by the Labor Department today, these numbers represent a growth of 5.245 million people to the dole since the last release. The numbers have grown by a minimum of five million every week since the pandemic required a government-enforced shutdown of non-essential businesses.

While this week is the lowest in the past three, it was still higher than the five million loss predicted by the Dow Jones. The most prominent raw number declines occurred in larger states, such as California, Pennsylvania, Michigan, and New York, which had previously seen the largest drop offs.

The long-term damage of these closures can only be guessed at. Some economic forecasters believe the economy will bounce back immediately once business is allowed to return to normal. Others contend that the United States must prepare for a “new normal,” and that the country is at the beginning of a depression. Already, after one month, all job growth that has taken place in the past decade has been eliminated.

“As we fully know the current state of the labor market with mass waves of layoffs, the key question turns to how many of these people will be rehired when the economy starts to reopen,” said chief investment officer at the Bleakley Group, Peter Boockvar. “We can assume it will take a long time for that to happen but hopefully we’re getting closer to at least getting started.”

Meanwhile, the stock market, after daily topples most of last month, has stabilized and even shown minuscule growth. This emphasizes how little stock market betting, and the inflated price of stock futures, has to down with the economy of Mainstreet and most businesses.

The economic consensus is that by the end of April, the U.S. unemployment rate will hover around 20%, the highest in eighty years.

According to Paul Ashworth, the chief U.S. economist at Capital Economics, household employment has seen a drop of 13.5% since the implementation of social distancing measures. He agrees with the 20% prediction.

“Nevertheless, we do still expect the unemployment rate to come down much more quickly than during a normal economic recovery, as temporary layoffs return to work once the lockdowns are lifted, so we still wouldn’t characterize this as a depression-type event,” Ashworth said, taking the optimists’ view.