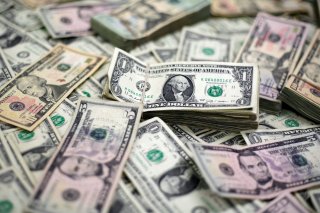 At least 22 GOP-led states have cut off the $300 weekly emergency federal unemployment benefits as governors scramble to prevent a widespread labor shortage.

The concerns over the additional aid for jobless Americans comes from coronavirus stimulus programs, some of which were first approved in March 2020. Under former President Donald Trump, Congress passed a slew of pandemic-related initiatives, including $600 weekly unemployment bonuses that were added onto their typical weekly unemployment check. Lawmakers also extended the duration of time that unemployed Americans were eligible for the enhanced relief and widened recipients of benefits to self-employed individuals and members of the gig economy.

But the federal government never forced states to implement these programs, so a string of Republican governors have joined together in efforts to pull out of the jobless benefits, citing that the additional money is keeping people from returning back to work.

The red states will begin rolling back their participation in the pandemic programs starting as early as June, where residents will only be able to receive statewide aid, relief that could be below poverty-level wages in some states.

President Joe Biden and Democrats, however, have condemned the Republican governors for their moves to eradicate the bonuses, claiming that the reports of workforce shortages are exaggerated. Party leaders have said that labor shortages are due to people fearing coronavirus exposure, rejecting low wages or the lack of access to adequate child care.

“These workers are not just losing $300 extra per week. Many are losing everything, and their incomes will be zero,” Senate Finance Committee Chairman Ron Wyden (D-Ore.) said in a statement.

“Of course, Republicans are only cutting off economic relief to jobless workers—not businesses—showing this is all about politics and sticking it to struggling families,” he added.

Nearly 3.6 million Americans nationwide will see a drop in their unemployment benefits, according to a Washington Post analysis, and 75 percent of those people are at risk of having their bonuses slashed entirely. That figure includes jobless workers who have dried up their state-level benefits or are enrolled in the Pandemic Unemployment Assistance program, or PUA, since they are self-employed or work in the gig economy.

The number of Americans searching for unemployment relief dropped to 444,000 last week, a new pandemic low since March 2020, providing economists with a positive sign that the jobs market is slowly recovering amid decreased case counts and spikes in vaccinations across the country.

But that report came amid a disappointing April jobs report that revealed the economy added fewer jobs than expected and a slight increase in the unemployment rate.

Democratic lawmakers have called on the Biden administration to implement programs that prevent jobless Americans from facing any further financial stress. Federal government officials, however, don’t have that authority and have, instead, pushed Congress to introduce legislation regarding the enhanced unemployment benefits.