$3600 'Stimulus Check' Update: Do This To Make Sure You Get Your Money 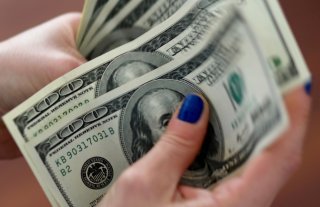 In March 2021, with the passage of the American Rescue Plan Act, President Joe Biden temporarily expanded the Child Tax Credit. Formerly established as a tax refund of $2000 per child per year, Biden expanded the discount to $3000 per year for children over the age of six and $3600 for those under the age of six – increases of 50 percent and 80 percent, respectively.

As a way to combat the effects of the pandemic, these payments are being distributed in advance by the IRS. Starting on July 15 and continuing until December 15, checks for one-twelfth of the total amount – $250 for older children and $300 for younger ones – are being mailed out to all qualifying parents in the United States. The mechanism for doing this is based on a family’s 2019 or 2020 tax returns; if a family made less than $150,000 per year, or a single parent made less than $75,000, the checks will be paid in full, with proportional decreases for larger amounts. According to these guidelines, an estimated 36 million families are eligible.

Because the payments are based on tax returns, “nonfilers” – that is, families that do not typically file tax returns – will most likely be left out by default. However, they are still eligible for the credit, and the IRS has provided a way for them to opt into the payments starting on July 15.

The IRS has stated that it will make a pair of portals available by July 1 on its website. The first portal is set up for existing taxpayers; they can use it to update their information, or to cancel their advance checks if they prefer to receive a lump sum in April 2022.

The second portal will provide the same functions to nonfilers, allowing them to submit a form informing the IRS how many children they have and what ages they are. Based on this information, the IRS can then mail a paper check to the nonfiler’s address, or directly deposit it in their account. The second portal is also intended to help others marginal to the U.S. economy, including homeless people and those without bank accounts.

Nonfilers receive the tax credit because, even if a family lacks any earned income or is not required to pay taxes, the credit is fully refundable, meaning that it can be sent out as a payment, not simply deducted from owed taxes.

Finally, if you are required to pay your taxes and missed the May 17 filing deadline, it is not too late to file. Per the IRS, you will probably be required to pay a penalty, but the fee will be smaller in June than it will be in July, August, September, or later.