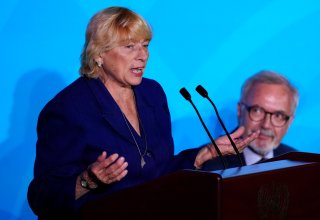 With inflation at a forty-year high, millions of Americans are currently forced to contend with fast-rising costs on everything from gasoline and groceries to rent and used vehicles.

As reported by the Motley Fool, many people in Maine are likely jumping for joy, even in this high-inflationary environment, due to the fact that the state’s lawmakers recently approved a budget that includes $850 stimulus checks for an estimated 858,000 residents.

“The reason Maine is able to move forward with this idea is that it had a surplus in its budget,” the news outlet wrote. “Instead of investing that money at the state level on things like schools and infrastructure, the state is instead opting to give it out to residents so that they can decide individually how they want to spend it.”

Similar to the federal disbursement of previous stimulus checks, there will be income thresholds that have to be met to be eligible for the direct payments. In order to qualify, full-time state residents cannot earn more than $100,000 if single or married filing separately; $150,000 if filing as head of household; and $200,000 if married filing jointly. Moreover, eligible individuals cannot be claimed as a dependent on another person’s tax return.

On the recently launched website Maine.gov/reliefchecks, it appears that these direct cash payments aren’t the only form of stimulus money available to state residents. “The Mills Administration is encouraging Maine people to carefully examine their eligibility for up to $1,400 in additional tax relief available per person this filing season, thanks to laws already enacted by Governor [Janet] Mills and the Legislature specifically aimed at supporting low- and middle-income Maine families,” the site wrote.

The news out of Maine comes as Colorado governor Jared Polis and the state's legislature earlier this week proposed the Colorado Cashback program, which will provide eligible residents with a $400 payment later this summer.

“People are paying more for everyday items like gas, groceries, and rent through no fault of their own,” Polis said in a statement. “Instead of the government sitting on money that Coloradans earned, we want to give everyone cash back as quickly and easily as possible to provide immediate relief and empower people to do what they want to with their money.”

Like Maine and Colorado, several other states have proposed their own version of stimulus checks to help ease the burden of high inflation. For example, in Pennsylvania, Gov. Tom Wolf is seeking to disburse $2,000 checks for state families with incomes of $80,000 or less. And in Minnesota, Gov. Tim Walz is calling for direct payments in the amount of $500 for single tax filers who earn less than $164,400 and $1,000 for couples who earn less than $273,470.