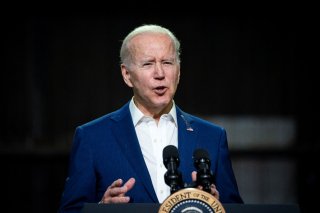 There’s no question that millions of retirees applauded the Social Security Administration’s (SSA) 5.9 percent cost-of-living adjustment (COLA) that was added to their monthly checks at the start of this year.

But amid the stubborn high-inflationary environment that has reached 8.5 percent year-over-year—a four-decade high—that extra bump in payments has done little to assuage the financial concerns of many cash-strapped seniors.

The numbers speak for themselves: even after the nearly 6 percent boost, monthly Social Security payments only climbed by approximately $90 to an estimated average of $1,657—incredibly difficult to live on, especially if that is the only source of income.

“Because they’re not working, they have to have a good savings plan and emergency savings” to fall back on, Mary Johnson, Social Security and Medicare policy analyst at the Senior Citizens League, told Fortune. “But our brains are not wired to think long-term like that.”

She added that “we have plenty of unexpected or new costs, and the ones we do have are not fairly reflected in the COLA we do receive.”

However, there could be some much-needed good news on the way come January, as the Senior Citizens League now estimates that the COLA could be an eye-popping 8.9 percent for 2023. That figure is up from the group’s estimate last month of 7.6 percent.

Meanwhile, per Fox Business, the cost of borrowing will also get more expensive for about 43 percent of older households who carry debt on consumer credit cards, according to a survey conducted by the Senior Citizens League.

“Credit card debt in retirement can quickly get out of hand, and this is especially true during periods when interest rates climb,” Johnson said in a release.

“We are in a steeply inflationary period when rising interest rates will mean many consumers will need to reduce the amount of debt that they are carrying on credit cards month to month in order to keep that cost manageable,” she added.

In March, the Federal Reserve implemented the first of several interest rate hikes planned for 2022 to combat high-inflationary pressures.