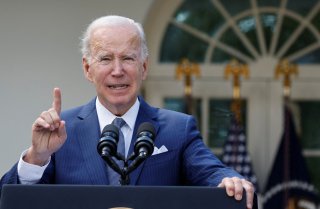 After fourteen straight weeks of declining gas prices, the streak ended this week, GasBuddy said in their weekly report. The streak of ninety-eight consecutive days of declines had ended last week.

The average price rose 3.2 cents to $3.67 per gallon, although the national average also dropped 17.5 cents from the month before.

GasBuddy also reported “wild fluctuations” of gas prices in different regions of the country, an issue only likely to worsen as a tropical storm approaches Florida.

“One of the longest gas price declines on record has finally come to an end after 14 weeks, with gas prices shooting up in several regions amidst myriad refinery issues from the West Coast to the Great Lakes and in between,” Patrick De Haan, head of petroleum analysis at GasBuddy, said in the blog post.

“I don’t know that I’ve ever seen a wider gamut of price behaviors coast to coast in my career. A slew of unexpected refinery disruptions, including fires and routine maintenance, have seemingly all happened in a short span of time, causing wholesale gas prices to spike in areas of the West Coast, Great Lakes, and Plains states – and some of those areas could see prices spike another 25-75 cents per gallon or more until issues are worked out," Gas Buddy added. "In addition, as Tropical Storm Ian nears the U.S. coast, some refiners could see limited disruption. As a precaution, GasBuddy has activated its Fuel Availability Tracker for motorists in Florida, Georgia, Alabama, and South Carolina. Hopefully, disruptions will be very limited due to Ian, but there remain many factors driving prices both up and down across the country,” it continued.

Meanwhile, the most commonly encountered gas price was $3.29 per gallon, down ten cents from the week before. Gas briefly went over an average of $5 per gallon in the spring but spent most of the summer dropping.

The other weekly report, from AAA, saw an increase to $3.72 a gallon, which is still a fourteen cent decrease from last year. AAA attributed that to "higher regional prices on the West Coast and the Midwest due to refinery issues ranging from planned maintenance to a fire.” However, lower demand helped mitigate the gains.

“Slack demand and lower oil prices should take some pressure off rising gas prices,” Andrew Gross, AAA spokesperson, said in the release. “But Hurricane Ian could cause problems, depending on the storm’s track, by disrupting oil production in the Gulf of Mexico and impacting large coastal refineries.”

The most significant week-to-week increase was in Oregon, which was up thirty-six cents, followed by Wisconsin and California, both up twenty-nine cents, Nevada, which was up nineteen cents, and Ohio and Michigan, both of which saw increases of seventeen cents per gallon.