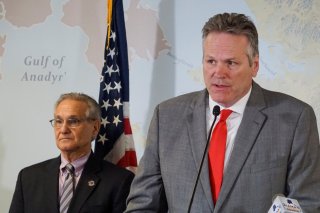 As millions of Americans try to navigate their way through this household budget-crippling high-inflationary environment, many are now looking to their respective states for help.

One of those states taking the initiative to financially assist its residents is Alaska. As reported by Newsweek, the Alaska Senate earlier this week green-lighted a state spending package that includes direct cash payments of $5,500. It noted that the package includes full statutory dividends worth $4,200 as well as energy assistance checks that total $1,300. The figures would amount to $2.7 billion in state spending on the dividend and $840 million on energy relief checks.

The spending package, which passed fifteen to five, now heads to the House, which will decide whether to approve the Senate version. Citing a report by Anchorage Daily News, the news outlet wrote that “lawmakers believe the House is more likely to reject it. … If that happens, lawmakers from both chambers will have to reach an agreement in a conference committee.”

Meanwhile, similar to Alaska, several other states have stepped in to help ease the burden of red-hot inflation that has reached a forty-year high. For example, the Georgia Department of Revenue later this summer will begin issuing special, one-time tax refunds, which were part of House Bill 1302 that Gov. Brian Kemp recently signed into law.

The measure calls for single filers and married individuals who file separately receiving up to $250, head of household filers could get their hands on a maximum of $375, and married individuals who file joint returns are in line to get up to $500. “Due to years of responsible, conservative budgeting and our measured reopening that prioritized protecting both lives and livelihoods, Georgia is in a position to issue these one-time refunds,” Kemp said, per WRDW/WAGT.

Not to be outdone, Gov. Jared Polis announced last month that millions of Coloradans will be receiving a $400 payment this summer via the Colorado Cashback program. But now, there is a possibility that amount could be bumped up to $500 per individual, according to KKTV.

In California, those who are expecting their $400 tax rebate per vehicle this summer might now have to wait until October, according to the Bay Area News Group. Gov. Gavin Newsom has partly blamed the state’s Democratic leadership for “outlining a plan that would funnel $8 billion through the Franchise Tax Board, when he said could add months to the refund timeline.”