American Cord-Cutters Are Taking the Axe to C-SPAN 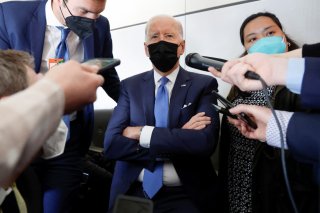 The cord-cutting phenomenon, in which home entertainment audiences have ditched traditional pay-TV subscriptions in favor of streaming services and other Internet-based schemes, has led to a lot of changes in what sort of content is being consumed.

One surprising victim of the trend toward cord-cutting? C-SPAN, the network that offers coverage of Congress. At one point, C-SPAN received six cents out of every cable bill in America, but revenue has plummeted in recent years, due to cord-cutting.

According to a report last week in Politico, C-SPAN has been “walloped” by cord-cutting, which has “slashed its revenues and audience while hammering the cable companies that fund the network.” This has caused the network to drop from 100 million homes to 70 million, causing its previous revenue directly from cable fees to drop from $70 million to under $50 million.

C-SPAN, meanwhile, is seeking to make up the widening gap by offering a new app and website, as well as social media channels. The channel is also selling merchandise, which it previously did not do, and it’s considering even asking for donations. The leaders at the network also told Politico that they’re looking for ways to go viral, including making sure that when talked-about events take place in or near Congress, it’s C-SPAN’s version of the video that viral social media audiences are watching.

The article also noted that C-SPAN is pushing to get added to vMVPD services like  YouTube TV and Hulu + Live TV, which have not offered it up to this point.

The C-SPAN website offers plentiful video, including live streams from the floor of the House and Senate. It also offers previews of upcoming hearings that are expected to draw widespread attention, such as the scheduled May 17 House hearing that will focus on UFOs.

C-SPAN is the Cable-Satellite Public Affairs Network. Its website says “created by cable in 1979,” and the channel was indeed established as a public service that year by the cable industry.

On a page describing the channel’s mission, C-SPAN described it as “to provide C-SPAN's audience access to the live gavel-to-gavel proceedings of the U.S. House of Representatives and the U.S. Senate, and to other forums where public policy is discussed, debated and decided––all without editing, commentary or analysis and with a balanced presentation of points of view.” In addition, the mission includes providing elected officials with “a direct conduit to the audience without filtering or otherwise distorting their points of view,” as well as hosting call-in shows.