Americans Are Paying the Price for Social Security Fraud 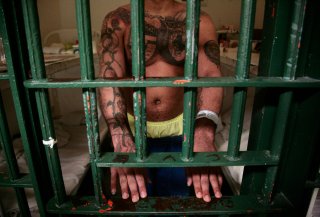 A forty-year-old woman from Gary, Indiana, has been sentenced to probation and ordered to pay restitution of $192,659 to the Social Security Administration, following her guilty plea to charges of mail fraud.

According to a press release from the U.S. Attorney’s Office for the Northern District of Indiana, the woman became a representative payee for her father, who received benefits under the Social Security Disability Insurance Program and later under the Retirement Insurance Benefits Program. However, the woman never reported her father’s 2010 death to the Social Security Administration as required by law. The woman continued to collect her father’s benefits, which totaled $192,659.

The Indiana Lawyer reported that the woman had been set to stand trial the following week before she reached a deal with the government.

Two-and-a-half-year sentence for fraud in Arkansas

A thirty-five-year-old man in Arkansas has received prison time for claiming and collecting $20,000 in Social Security Disability payments, even though he was not legitimately disabled.

Per the U.S. Attorney’s Office for the Eastern District of Arkansas, the man was sentenced to thirty months in prison after he was convicted of Social Security fraud and perjury? He also received three years of supervised release.

The prosecutors said the man had begun receiving Social Security benefits after claiming disability in 2013; he said he had "bipolar disorder, heart issues, post-traumatic stress disorder, and knee issues.” However, he also worked full time by operating a family farm. It was a job that required “buying horses at auction, caring for and selling the horses, farm maintenance, and marketing the business.”

Social Security stated that the man was entitled to the benefits between 2013 and 2017, but that the benefits should have stopped in 2017 when he began operating the farm and receiving income. The benefits were terminated in 2019.

Social Security offices only reopened in early April, but there's already been a big scare.

According to 19 News in Ohio, a Social Security office in Cleveland was evacuated on April 26, after “white powder fell out of an envelope an employee opened.”

The FBI later determined that there was no threat posed by the powder. The only person exposed was the staffer who opened the letter.