Americans Have Not Given Up Hope for a Fourth Stimulus Check 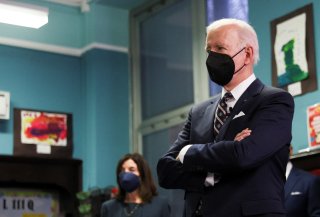 According to Raina MacIntyre, a Global Biosecurity Professor at the University of New South Wales, COVID-19 will never become an endemic disease. Instead, it will always behave like an epidemic virus.

If Professor MacIntyre is correct, then Americans could suffer financially for the next several years.

“COVID will not magically turn into a malaria-like endemic infection where levels stay constant for long periods,” MacIntyre told CNBC.

“It will keep causing epidemic waves, driven by waning vaccine immunity, new variants that escape vaccine protection, unvaccinated pockets, births and migration. This is why we need an ongoing ‘vaccine-plus’ and ventilation strategy,” she continued, adding that “there will be more variants coming.”

CNBC also noted that Global Biosecurity, a group of researchers at the University of New South Wales, has said that coronavirus will continue to “display the waxing and waning pattern of epidemic diseases.”

“[Covid] will never be endemic,” the organization said. “It is an epidemic disease and always will be. This means it will find unvaccinated or under-vaccinated people and spread rapidly in those groups.”

It is against this highly concerning backdrop that millions of Americans go on with their daily lives and try to make ends meet. But for many, they are still falling short.

While Congress has approved three stimulus checks since the pandemic began, Washington has recently stayed silent on the issue of additional checks.

The Biden administration and Congress have shown greater interest in passing the Build Back Better agenda, which would tack on another year of the highly popular enhanced child tax credit. Many American parents view the tax credit as an unofficial fourth stimulus check.

Despite the silence coming out of Washington, ordinary Americans are not staying quiet. There are currently seven stimulus check petitions in circulation, and they have collectively amassed well over five million signatures.

The most popular Change.org petition was launched by Stephanie Bonin, a restaurant owner from Denver.

“I’m calling on Congress to support families with a $2,000 payment for adults and a $1,000 payment for kids immediately, and continuing regular checks for the duration of the crisis,” reads the petition, which recently surpassed its goal of three million signatures.

“Otherwise, laid-off workers, furloughed workers, the self-employed, and workers dealing with reduced hours will struggle to pay their rent or put food on the table. Our country is still deeply struggling,” the petition continues.

While it might be unlikely, Americans have not given up all hope for securing a fourth stimulus check.