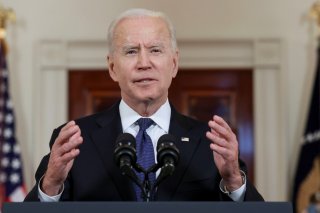 South Carolina’s only public Historically Black College or University (HBCU) announced last week that more than 2,500 students who were unable to return to college because of financial situations will get their student loans forgiven.

The move would wipe out $9.8 million in student loan debt and is the latest school to mitigate the student loan crisis in the United States.

“We are committed to providing these students with a clear path forward so they can continue their college education and graduate without the burden of financial debt caused by circumstances beyond their control,” Alexander Conyers, acting president of South Carolina State University said in a statement. “Our university was founded on the tenet of providing students with access to a quality affordable education. That’s exactly what we intend to do. No student should have to sit home because they can’t afford to pay their past due debt after having experienced the financial devastation caused by a global pandemic.”

The vast majority of students who experienced debt cancellation were either not yet registered for classes because of past due balances or were students who stopped attending college overall because they couldn’t afford the cost, according to the press release.

The college paid for the effort through unused coronavirus relief funds from the federal government, including $4 million from the Cares Act passed in March 2020, along with $5,8 million recently awarded to the university from President Joe Biden’s American Rescue Plan.

“Honestly, hearing this news brings tears to my eyes,” Leslie Young, a freshman at South Carolina State who had to sit out the spring semester because she couldn’t afford tuition, said in a statement. “My family is very low income. I was in a deep depression because school means everything to me. Without it, I felt like I was giving up on my dreams.”

“This is a tremendous weight I won’t have to carry,” Romaun Myers, a junior at the college, said in a statement. “I’m a first-generation college student, one of the only boys on my mom’s side of the family. I have to make it so I can provide for my family.”

The announcement comes after at least 11 other HBCUs have forgiven student loans, as well as Delaware State University in May, which canceled more than $700,000 of its student loan debt with Biden’s stimulus package.

Biden has also faced widespread pressure from far-Left Democrats and student loan advocates to cancel up to $50,000 in federal student loans per borrower, though the president has only signaled his support for a $10,000 cancellation measure.