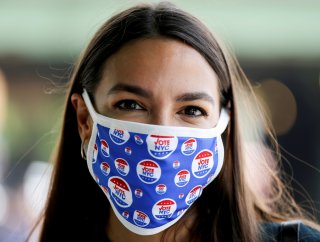 Representative Alexandria Ocasio-Cortez urged New York Gov. Andrew Cuomo to support a progressive tax on billionaires and direct the money to support working-class citizens and those who’ve suffered during the economic crisis, a tax hike that the government fears would drive billionaires out of the state.

“We need to ask Gov. Cuomo to tax the people who are benefiting from this pandemic in order to support the working families who are facing housing insecurity, food insecurity and more,” Ocasio-Cortez said in a campaign-like video by Make the Road NY.

Cuomo, a third-term Democrat who’s made tax cutting a priority on his platform, refuses to pass the tax increase because he thinks the tax should be imposed by the federal government as it would make billionaires flee the state.

“If they want a tax increase, don’t make New York alone do a tax increase and just have the people move to Connecticut,” Cuomo told the New York Daily News. “If you take people who are highly mobile and you tax them, then they’ll just move next door where the tax treatment is simpler. It has to be done on a federal level.”

“It’s interesting when you have people elected to Congress pushing for state action when they can’t get action in Congress,” Mujica told The New York Times. “It’s absolutely necessary for the federal government to step up and provide the support we need.”

The main bill, sponsored by state Sen. Jessica Ramos, would tax - in an already high-tax state - the unrealized capital gains of the state’s billionaires and redirect the money to workers who aren’t eligible for unemployment insurance or other forms of financial relief, including illegal immigrants.

The legislation will also include an ultra-millionaires’ tax, which will be discussed by the State Legislature during July.

The measure comes as the country struggles through the economic downturn that the coronavirus triggered, as the bill attempts to make up deficits caused by it.

“Any budget that’s balanced on working people’s backs is a budget that will make inequality worse. Everyday families are going hungry. It’s time to tax the rich,” Ocasio-Cortez tweeted.