Bad News: Amtrak to Furlough Over 2,000 Workers Thanks to COVID-19 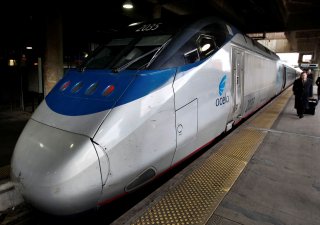 Amtrak will furlough more than 2,000 employees in the upcoming weeks amid a sharp decline in ridership and revenue due to the coronavirus outbreak, according to company officials.

The passenger railroad agency plans to cut 1,950 workers from its unionized workforce and nearly 100 management positions. The cuts account for about 10% of Amtrak’s workforce and will be initiated by October.

“This week, another 2,000 workers learned that they will be losing their jobs due to the effects of the coronavirus pandemic. This time it is largely Amtrak employees who operate trains, provide onboard services, and support passengers who will bear the brunt of this administration’s failure to lead the country during this pandemic. The jobs at the center of today’s announcement are good paying, union jobs that sustain middle class families and will be difficult to replace, especially in a time of sky-high unemployment,” Representative Peter DeFazio (D-Oregon), chair of the House Committee on Transportation and Infrastructure, said.

Amtrak’s decisions to furlough thousands of its workers has drawn pushback from federal lawmakers, especially since the agency received more than $1 billion in aid from the Coronavirus Aid, Relief and Economic Security (CARES) Act that Congress passed in March.

“Amtrak’s announcement that they will furlough over 2,000 employees is disappointing and unacceptable,” Representative Daniel Lipinski (D-Illinois), a member of the House Committee on Transportation and Infrastructure, said. “Amtrak workers provide an essential service to travelers and communities. These workers deserve better from Amtrak leadership.”

Lawmakers think the agency should focus on becoming a strong alternative to air travel, since ridership and revenue in that industry has also dropped due to the coronavirus pandemic.

But an Amtrak spokeswoman insisted that the cuts were due to the “slow recovery of ridership and revenue” and the agency needed to take action. Although Amtrak is privately run, the company receives federal funds and could have asked Congress for “additional funds if money was needed to help keep workers on the payroll,” according to Lipinski.

Amtrak’s chief executive William Flynn requested an additional $1.4 billion in emergency relief as ridership has declined by more than 90% since March and projected revenue for 2021 has tanked by 50%. However, lawmakers are balking at the demand, as Amtrak received federal funds from the CARES Act and asked for its usual $2 billion budget request for the next fiscal year.

House lawmakers plan to meet with Amtrak’s executive officials next week to get an update on the agency’s response to the pandemic.