Bad News: Have $1 Million in Bank? That Might Not Be Enough to Retire. 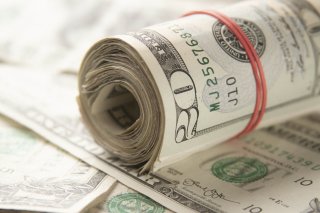 It was just last month when approximately seventy million Americans who rely on Social Security benefits finally received confirmation on what they had yearned for years—a generous bump to the cost of living adjustment (COLA).

What these retirees saw was that there will be a 5.9 percent increase to the benefits—the largest in forty years—which is expected to boost their monthly payments by roughly $90 to an estimated average of $1,657. For comparison, last year, the COLA only came in at 1.3 percent, which only gave an average of $20 boost to the monthly Social Security checks.

The extra cash will surely be a boon to millions of seniors who are looking forward to decades of relaxing retirement—but is a sizeable nest egg still needed as well to achieve that?

For years, many financial planners have touted the benefits and security of having at least $1 million saved for retirement, but today, this piece of advice might be rather outdated. Instead, some are now contending that retirees need double that amount.

According to the personal finance site GOBankingRates, a recent survey carried out by Schwab Retirement Plan Services discovered that, on average, 2021 plan participants believe they need to save $1.9 million for retirement.

“I think for a survey like this, that’s a pretty good number,” Nathan Voris, director of business strategy at Schwab Workplace Financial Services, told the site.

“That’s a ballpark range for a wide range of folks. Obviously, retirement is not one-size-fits-all, but that’s sort of the middle of the range for a lot of people,” he continued.

Voris admitted that everyone’s situation will be different when it comes to retirement and how much money they actually need.

“There’s so much written about that, but I boil it down into just a couple of things. One is, when do you want to retire? If you’re going to retire at fifty, you need to plan for forty-five years of living expenses. If it’s sixty-seven, you need to plan for thirty years. That has a huge factor in what your plan should be,” he said.

Voris highlighted the fact that retirees need to understand that people are living longer and longer.

“Retirement could be a long time,” he said. “That idea of twenty years in retirement, that was maybe tied to that $1 million number. That’s sort of not a realistic expectation anymore. That 4 percent rule, that $80,000 income bogey is still out there, but you could be retired for twenty-five, thirty, thirty-five years.”