Be Prepared to Collect Less Than the $4,194 Maximum for Social Security 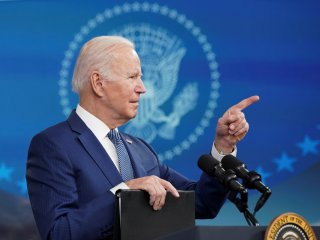 When it comes time for retirees to start claiming Social Security benefits, a good rule of thumb often touted by financial planners and experts is to wait as long as possible.

And if a person looks at the numbers, it is easy to see why this particular advice is so rampant. For those seniors who need to start collecting Social Security benefits at age sixty-two—the earliest age to do so—know that the maximum amount will be $2,364 in 2022. However, if a person is able to wait until age seventy to file, he or she would be eligible for the absolute maximum amount, which currently comes in at $4,194.

“Workers planning for their retirement should be aware that retirement benefits depend on age at retirement,” according to the Social Security Administration’s website.

“If a worker begins receiving benefits before his/her normal (or full) retirement age, the worker will receive a reduced benefit,” according to the website. “A worker can choose to retire as early as age sixty-two, but doing so may result in a reduction of as much as 30 percent.”

To qualify for that maximum amount, “you would need to earn at least the wage base limit each year. In 2022, the wage base limit is $147,000. That’s much more than most people earn,” Bieber added. “And you’d have to earn the inflation-adjusted equivalent of that amount for a full 35 years, which even fewer people do—even if some people hit the limit during a few years of their career.”

Tapping Into Other Sources

Since most retirees won’t be able to get their hands on the maximum Social Security benefit, they will likely need to have other sources of income.

“For most people, it’s important to replace at least 80 percent of pre-retirement income, while Social Security is designed to replace around 40 percent,” according to Bieber’s analysis. “If you assume you’ll need to replace about 40 percent of your salary upon retirement, you can work backwards from there to estimate how large your retirement nest egg must be.”

“If you anticipate withdrawing around 4 percent of your retirement savings in year one and then adjusting upwards by inflation, you’ll be able to determine your nest egg size by multiplying the amount of income your account must produce by twenty-five,” Bieber said in her analysis.