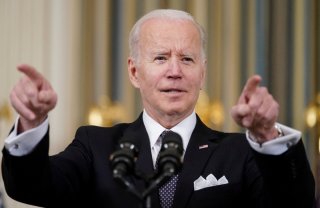 The amount represents an increase of $1.6 billion, or 14 percent, from funding levels enacted in 2021. According to CNBC, “the additional $1.6 billion for services would go to field offices, state disability determination services and teleservice centers.”

“In addition, the funds would also be used to add staff to help reduce wait times and speed up the processing of disability claims,” it continues. “The proposal would also enable the agency to make changes to help ensure everyone who needs its services can access them, including people who are homeless, children with disabilities or adults with intellectual or mental disabilities.”

“It was wrong to keep them closed (to all but those deemed to be in dire need) for so long. Post offices never closed. Like them, Social Security’s field offices provide essential services. Those two years of closed offices weren’t just an inconvenience; the long closure inflicted real harm,” she wrote in an op-ed for The Hill.

“During the two years of closed offices, claims for disability benefits plummeted, at a time when they should have skyrocketed, given the pandemic. Important research has found that closing just a single office causes significantly fewer claims by people who would have qualified for benefits, had they applied,” she continued, adding that “fighting for more funding for SSA’s essential services, and for expanded benefits, is the right thing to do.”

The National Committee to Preserve Social Security and Medicare applauded Biden’s proposed funding, which could vastly improve customer service and slash wait times on the agency’s 800 number. Still, the organization would have liked to see more in the budget.

“While we appreciate many aspects of the President’s FY2023 budget proposal, we had hoped that it would reflect efforts by Democrats in Congress to boost Social Security, including a much-needed increase in benefits and an adjustment of the payroll wage cap so that the wealthy pay their fair share into the system,” Max Richtman, president and CEO of the group, said in a statement, per CNBC.

Meanwhile, the Committee for a Responsible Federal Budget appeared to be disappointed by the fact that the budget did not address concerns that Social Security’s trust fund reserves could become depleted by 2034.

“The budget does not go far enough toward putting the nation’s fiscal house back in order, nor does it tackle the tougher tradeoffs necessary to responsibly prevent Social Security, Medicare, and Highway Trust Fund insolvency,” Maya MacGuineas, the organization’s president, said in a statement.