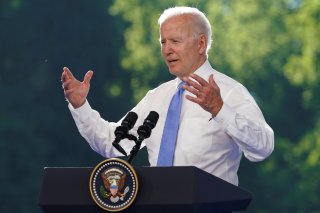 The Catholic Church made the news in June as the U.S. Conference of Catholic Bishops (USCCB), the organization overseeing the Catholic Church in the United States, approved the creation of a “teaching document” that would outline and clarify the principles surrounding Communion. It was widely speculated beforehand that such a document would include a clause explicitly withholding Communion from politicians who advocated in favor of abortion rights.

The Church has since backtracked, saying in a statement that “There will be no national policy on withholding Communion from politicians.”

At its most basic level, Communion, also known as the Eucharist, is a Catholic ritual in which churchgoers consume bread and wine. The ritual is reminiscent of the Last Supper between Jesus Christ and the Apostles; the doctrine of the Church states that, during consecration, the bread and wine physically become the body and blood of Jesus Christ (although their appearance and taste remain the same).

Is Denying Communion a Thing?

“Canon 915,” a canonical law approved in 1983, stipulates that the Church should deny Communion to those who had been excommunicated or interdicted, or to “others obstinately persevering in manifest grave sin.”

What constituted “manifest grave sin” was left open to interpretation, but in 2004, Cardinal Joseph Ratzinger—later Pope Benedict XVI, Pope Francis’s predecessor—clarified that, “Regarding the grave sin of abortion or euthanasia, when a person's formal cooperation becomes manifest, his pastor should meet with him, instructing him about the church's teaching, informing him that he is not to present himself for holy Communion until he brings to an end the objective situation of sin, and warning him that he will otherwise be denied the Eucharist."

“Formal cooperation,” in this sense, can be interpreted as referring to a politician or other influential person who campaigns or votes for laws which allow for abortion or euthanasia to take place.

In practice, local bishops are given a great deal of leeway over their actions regarding Communion. In 2004, the USCCB made this explicit: “Whether the denial of Holy Communion to some Catholics in political life is necessary because of their public support for abortion on demand […] we recognize that such decisions rest with the individual bishop in accord with the established canonical and pastoral principles.”

Biden, America’s second Catholic president, has embraced abortion rights, directly against the teachings of the Catholic Church. For these views, he has been denied Communion before—infamously in October 2019, on the campaign trail in South Carolina.

However, while previous incidents have represented isolated decisions by individual priests, the recent furor over Communion comes after the USCCB indicated that it might seek to withhold Communion from pro-abortion politicians as an official policy. (Once again, the organization has since clarified that it will not.)

Why is This Controversial?

Abortion rights are overwhelmingly supported by one political party and opposed by the other. Therefore, by sanctioning politicians associated with abortion, the Catholic Church—the largest religious organization in the world—could be reasonably accused of picking sides in American politics, violating the principle of separation of church and state. The Catholic Church has scrupulously avoided doing so in the past, and in the run-up to the Communion issue, the Vatican officially discouraged the USCCB from drafting a policy.

American Catholics tend to support Republicans and Democrats evenly. In the 2020 election, polls indicated that 50 percent of Catholics had voted for Trump, and 49 percent for Biden.