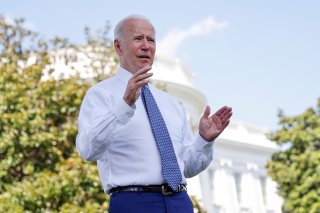 The Biden administration has provided no shortage of economic policies to take stock of in 2021, including one that’s easy to overlook. On July 9, the president issued an executive order directing officials to promote “an open and competitive economy”—a laudable goal. Unfortunately, the order perversely undermines this goal by proposing more intense federal regulation of large swaths of the American economy, rather than placing greater reliance on market forces backed by well-crafted antitrust laws.

As a Cato Institute analysis explains, the order “glosses over the fact” that many government regulations serve as barriers to entry, which are “crucial impediments to competition in the U.S. economy.” If the administration really wants to strengthen competition in the American economy, it should scrap the July order and issue a new one.

Specifically, the administration should focus on government programs that artificially retard competition, undermine innovation, and harm consumers. It should require the executive branch’s experts on regulation and competition—the Office and Management and Budget and the Justice Department—to evaluate longstanding regulatory schemes that by their very nature undermine competition. Based on these evaluations, the president could recommend statutory changes.

The U.S. Postal Service has a complete legal monopoly that bars any other entity from delivering first-class mail to a mailbox. It can use these monopoly profits to help its other operations, leveraging higher prices to hold express mail and package prices at uncompetitively low levels. This effectively suppresses competition in the shipping and delivery markets, contributing to inefficiencies in supply chains.

Further, the Postal Service can borrow money directly from the U.S. Treasury at subsidized rates and is exempt from state and local sales, income, and property taxes. These financial benefits have allowed the Postal Service to operate at a loss for the better part of a decade without being forced to reduce costs.

A simple statutory change could remove the monopoly on first-class mail. This change would open the market to competition and force both the Postal Service and potential market entrants to cut costs and increase innovation. Greater automation in package handling could become widespread, and new products and services like a monthly fee to opt-out of bulk mail and advertising could become available.

The 1920 Jones Act requires that domestic maritime shipping be fulfilled by ships that are built, crewed, owned, and flagged in the United States. Restrictions on non-U.S. ships have substantially worsened the supply chain crisis that is seriously harming the American economy. Any cargo coming from Europe, Asia, or anywhere outside of the United States must first be offloaded and then reloaded onto a different ship if ocean transportation is desired. This second loading process slows down the turnaround time at ports and significantly increases costs. The restrictions on non-U.S. ships create insurmountable impediments to their use.

Repealing the Jones Act would lower these artificial barriers to competition and facilitate an increase in the use of water-based cargo transportation. It would relieve pressure on supply chains, reduce costs, and ultimately benefit consumers by making products available more quickly and at lower prices.

Agricultural marketing orders are statutorily authorized restrictions on the production and sale of fruits, vegetables, and other crops that aim to maintain “orderly market conditions.” Industry groups seeking to maintain consistent stocks of food and reduce perishability collude to set volume limitations in the name of price stability.

Marketing order schemes undermine the ability of agricultural producers to respond to market incentives, which harms both farmers and consumers. Farmers that distribute more crop than the allotted amount will be hit with fines by the federal government. In short, output is lower and prices are higher than under a free market. Repealing the legal authority for marketing orders would solve this problem.

The Sugar Act directly imposes significant harm on the American economy. Through its restraints on the U.S. sugar market, the government acts as a “candy-coated cartel” enforcer, coordinating and directing the sale of sugar. Specifically, the government restricts output by punishing firms that overshoot quotas with forced storage and imposes enormous tariffs on imports, which results in the price of sugar in the United States to be double its price on the world market. Consumers are harmed and American companies that use sugar become less competitive, which causes an unnecessary loss of jobs. A simple solution would be to repeal the Sugar Act in its entirety.

Antidumping laws do not prevent efficient American industries from being driven out of business. Rather, dumping duties are just a special form of protectionism handed out to favored industries. Ideally, antidumping laws should be rescinded. If repeal is impossible, the legal tests for dumping and the measurement of costs should be reformed to align them with antitrust law. Tariffs should only be allowed in cases of truly predatory behavior that would unproductively destroy a U.S. industry.

The five government schemes highlighted above are far from unique. Other federal programs that undermine competition also merit scrutiny. President Joe Biden should revise his executive order on competition to favor smarter regulation over more regulation. In so doing, he would follow the lead of a prior Democratic President—Jimmy Carter—whose deregulatory initiatives, albeit imperfect, benefited the economy by paring back harmful restrictions on air and surface transportation. A revamped executive order emphasizing regulatory reforms, not new regulatory harms, could be a ray of hope for a sputtering American economy.

Alden F. Abbott is a senior research fellow with the Mercatus Center at George Mason University and a former general counsel with the Federal Trade Commission.