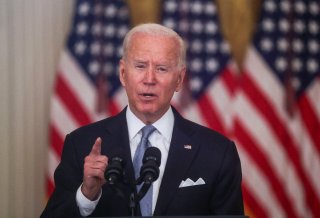 The Biden administration on Wednesday warned pharmacists that they are at risk of violating federal civil rights laws if they decide not to fill prescriptions that could be used for abortions.

Amid reports that some patients are being denied abortion medication after receiving a prescription from a doctor, the U.S. Department of Health and Human Services’ Office for Civil Rights issued guidance to about 60,000 retail pharmacies across the country, CNBC has reported.

“The Department is committed to improving maternal health—including for individuals who experience miscarriages—and vigorous enforcement of our civil rights laws is one way in which we plan to do so,” the Health and Human Services Department (HHS) said in its guidance.

HHS Secretary Xavier Becerra added in a statement that “we are committed to ensuring that everyone can access health care, free of discrimination.”

“This includes access to prescription medications for reproductive health and other types of care,” he continued.

People who believe a pharmacy is discriminating against them can file a complaint with the Health and Human Services’ Office for Civil Rights, an official at the department told reporters on a call. Complaints will be reviewed on a case-by-case basis.

The guidance comes about two weeks after the Supreme Court’s controversial decision to overturn Roe v. Wade, the 1973 landmark decision that established the constitutional right to an abortion.

On Monday, the Biden administration told hospitals that they “must” provide abortion services if the life of the mother is at risk. Per CBS News, the guidance continued by contending that federal law on emergency treatment guidelines preempts state laws in jurisdictions that now prohibit abortion. HHS cited requirements for medical facilities in the Emergency Medical Treatment and Labor Act (EMTALA), which requires hospitals to determine whether a person seeking treatment may be in labor or facing an emergency health situation and to provide necessary treatment.

“If a physician believes that a pregnant patient presenting at an emergency department is experiencing an emergency medical condition as defined by EMTALA, and that abortion is the stabilizing treatment necessary to resolve that condition, the physician must provide that treatment,” the guidance stated.

“When a state law prohibits abortion and does not include an exception for the life of the pregnant person—or draws the exception more narrowly than EMTALA's emergency medical condition definition—that state law is preempted,” HHS added.

HHS’ guidance noted that emergency conditions could include “ectopic pregnancy, complications of pregnancy loss, or emergent hypertensive disorders, such as preeclampsia with severe features.