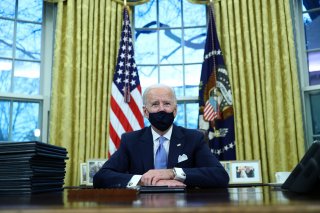 Just hours after being sworn in as president, Joe Biden plans to immediately get to work, with one of his tasks being to direct the Education Department to extend the suspension of federal student loan payments and interest through Sept. 30.

The initiative comes as part of a swirl of relief actions that the president plans to implement in his first days in office, providing a financial ledge for struggling Americans to lean on, as millions remain unemployed or under the poverty threshold due to the economic implications of the coronavirus pandemic.

Congress agreed to suspend student loan payments and interest through the Cares Act in March, but the benefit expired in September, prompting the Trump administration to extend the moratorium until Jan. 31. And since the virus continues to plague the nation, Biden has pledged to find more economic solutions, with one being an extension on student loan payments and interest.

The move only applies to federally held loans, including direct federal loans and PLUS loans that parents have taken out to help fund schooling for their children. Although balances are frozen and borrowers are not expected to make payments until October, payments can still be made.

Some economists have chimed support for the suspension of student loan payments and interest, as it would “help to stimulate the economy,” according to William M. Rodgers III, public policy professor at Rutgers University and chief economist at the Heldrich Center for Workforce Development.

“The bulk of the relief and recovery responses were to preserve and protect the present and future of already established workers and their families. Youth, especially minority youth, received less attention than these groups during the pandemic,” Rodgers said. “But youth who were already working, in school, graduating, and attempting to enter the labor force have been incredibly impacted by the pandemic and risk suffering a lifetime of economic loss.”

An “entire generation” has reportedly been set back due to student loan payments, with economists predicting that millennials will be poorer than their parents, which would postpone retirement, housing purchases and building families.

“Suspending loan payments and interest eases the burden on students and their families, many of [whom] have lost their jobs or are working part-time,” Rodgers said. “Dollars that would have gone to payments temporarily can go to daily expenses such as food, clothing and rent. All will help to stimulate the economy.”

But Biden’s far-Left colleagues have already put pressure on the president for more student loan relief action than just an extension on suspension, as Senate Majority Leader Charles Schumer (D-N.Y.) and Sen. Elizabeth Warren (D-Mass.) have pushed for student loan debt forgiveness of $50,000 per borrower through executive order. The measure has received a flurry of legal debate, with experts arguing over the president’s power to cancel student loan debt just with a signature.

While Biden has acknowledged Schumer and Warren’s calls in the past, his team somewhat rejected the massive initiative and instead, encouraged congressional action to tackle the issue.

The president’s most recent relief package, however, does include a $10,000 student loan forgiveness program per borrower and other related programs are expected to be in a future relief package.

Although the forgiveness measure would likely aid the millions of student debt borrowers who drown in repayment, there are several problems argued by economists and policy experts with forgiving student debt to form an economic stimulus.

“I think of it more as a support program for those that may be suffering than truly stimulative,” Patricia M. Anderson, an economics professor at Dartmouth College, said. “Thus, any more permanent debt relief program is probably unlikely to really be thought of as stimulus, although something tied to income might have some aspects of stimulus since lower-income individuals tend to spend more of their income on necessities.”

A report by the Committee for a Responsible Federal Budget discovered that a student loan forgiveness program would have a small boost on the economy and that high-income households owe most of the outstanding education debt, pursuing a graduate-level degree. So, the majority of debtors making monthly payments can actually afford them.

“The big issue with a permanent program is that it is generally regressive. Individuals without higher education are the ones that tend to be suffering the most economically, and they would not benefit from such a program at all. The higher the debt forgiveness limit, the more regressive the program,” Anderson said.

It’s unclear if Biden’s coronavirus relief proposal will pass in Congress, even though both chambers shifted blue. More moderate Democrats, however, may be hesitant to sign on to such a massive spending measure since lawmakers recently passed a $900 billion bipartisan package last month that offered a fresh round of relief to American families, unemployed workers and small businesses.