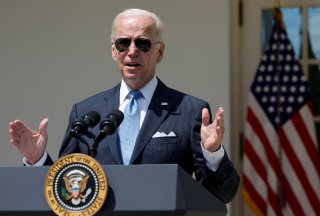 Last week, the Senate passed the Inflation Reduction Act, a piece of legislation that contains some remnants of Biden’s 2021-era Build Back Better agenda, including money for climate and an extension of some aspects of the Affordable Care Act.

The bill also allocates a ten-year, $79.6 billion funding boost for the Internal Revenue Service (IRS), which has been underfunded for years. And one of the key "pay-fors" to fund the legislation is an estimated $124 billion that will be collected through stepped-up IRS tax enforcement.

This has led to a consistent talking point among Republican opponents of the bill: it will lead to the hiring of 87,000 new IRS agents, described in some versions as an “army.”

That claim, however, is misleading, according to a fact check published by Time magazine.

However, per Time, the 87,000 employees would not all be IRS agents, nor would they all be new employees. Many of the expected hires would replace those who have retired or left, or will in the future.

Plus, the increase in employees would be phased in over ten years, not all at once. Many of the new hires would likely arrive when Biden is long out of office.

The bill does not mandate the hiring of 87,000 new IRS agents, employees, or anything like that at all.

“It is wholly inaccurate to describe any of these resources as being about increasing audit scrutiny of the middle class or small businesses,” Natasha Sarin, a counselor for tax policy and implementation at the Treasury Department, told Time.

“There’s a big wave of attrition that’s coming and a lot of these resources are just about filling those positions,” she added.

Per Time, the new funding would be more likely to “restore the tax-collecting agency’s staff to where it was roughly a decade ago.” That dates back to when the new Republican Congress, starting in 2011, began attempting to cut the IRS’ funding.

As a result, the report said, the IRS currently has a backlog of more than 10 million unprocessed tax returns.