Is Biden Really Ready to Cancel $50,000 in Student Loan Debt Per Person? 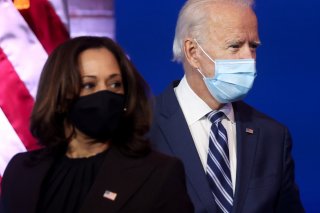 More than thirty-six million Americans could see their federal student loan burden erased if the Biden administration approves the progressive push to forgive $50,000 per borrower, according to data released Tuesday by the Education Department.

The data was unveiled by Sen. Elizabeth Warren (D-Mass.), a vocal advocate of the progressive student loan cancellation measure after she had requested the information from the department earlier this month.

Warren’s release of the data comes as she and other Democrats, including Senate Majority Leader Chuck Schumer (D-N.Y.), have been urging President Joe Biden to unilaterally wipe out $50,000 in student debt per borrower. The Biden administration is reportedly reviewing the president’s legal authority on the issue.

The president, however, has previously opposed the effort earlier this year, noting that he would, instead, consider canceling up to $10,000.

“I understand the impact of debt, and it can be debilitating,” Biden said at a town hall event in February. “I am prepared to write off the $10,000 debt but not $50 [thousand], because I don't think I have the authority to do it.”

If Biden wiped that amount of loans per borrower, then 15 million Americans would see their debt completely eradicated, including roughly 4.6 million people who were in default or delinquent at the end of 2019.

Earlier this month, White House chief of staff Ron Klain said that Biden asked Education Secretary Migel Cardona to put together a memo on the president’s authority to forgive student loans and cancel up to $50,000.

“He’ll look at that legal authority, he’ll look at the policy issues around that, and then he’ll make a decision,” Klain said. “He hasn’t made a decision on that, either way, in fact, he hasn’t yet gotten the memos that he needs to start to focus on that decision.”