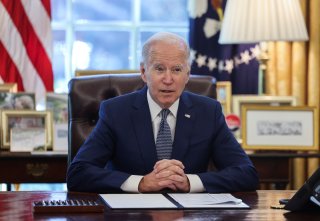 The bill’s costs are offset by increased minimum tax rates for large corporations and stepped-up Internal Revenue Service (IRS) enforcement on wealthy individuals and entities, with additional funds being earmarked to reduce the federal deficit.

As reported by CNN, Biden called the legislation “one of the most significant laws in our history” during a signing ceremony in the State Dining Room.

“With this law, the American people won and the special interests lost. For a while people doubted whether any of that was going to happen, but we are in a season of substance,” he continued.

“Today, too often do we confuse noise with substance. Too often we confuse setbacks with defeat. Too often we hand the biggest microphones to the critics and the cynics who delight in declaring failure while those committed to making real progress do the hard work of governing. Making progress in this country, as big and complicated as ours, clearly, is not easy. It's never been easy. But with unwavering conviction, commitment and patience, progress does come,” the president said, adding that he plans to hold a cabinet meeting to discuss how to implement the new law.

Senate Majority Leader Chuck Schumer (D-NY) added that “in normal times, getting these bills done would be a huge achievement—but to do it now, with only fifty Democratic votes in the Senate, over an intransigent Republican minority, is nothing short of amazing.”

Biden also took time to address Sen. Joe Manchin (D-WV), who struck the critical deal with Schumer on the legislation last month, saying, “Joe, I never had a doubt.”

Republicans, however, are contending that the bill’s new business taxes will only increase prices, which would already worsen the nation’s fight against red-hot inflation.

“I think it’s too much spending, too much taxing, and in my view wrong priorities, and a super-charged, super-sized IRS that is going to be going after a lot of not just high-income taxpayers but a lot of mid-income taxpayers,” Senate Minority Whip John Thune (R-SD) said during a Chamber of Commerce event in Sioux Falls, South Dakota, per the Associated Press.