Bogus Social Media Posts Claim Another Round of Checks is Coming 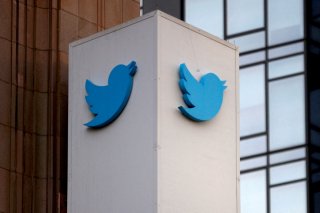 The U.S. government has not sent out widespread stimulus checks since the third round of checks were delivered in the spring and summer of 2021 as part of the American Rescue Plan Act. And it remains highly unlikely that any additional checks will be going out anytime soon.

However, some bogus viral posts and videos of late have been claiming otherwise.

Politifact recently reported on an array of fake social media posts that have been getting some Americans’ hopes up for another round of checks.

One such video, which includes the headline “Fourth Stimulus Check Update” and the hashtag #stimuluscheckupdate2022, features a speech by Sen. Bernie Sanders (I-VT) that was actually given during the Obama administration.

Other versions of the videos have listed January 19 as the “Stimulus Check Delivery Date,” although that supposed date has no basis in reality.

Reports about bogus checks with made-up dates have also begun appearing on YouTube, including one with the headline “$2,000 CHECKS WILL BE DEPOSITED ON FEBRUARY 9TH!! CHECK DEPOSIT DATE!! Fourth Stimulus CHECK Update!” The account that posted the video, which has 115,000 subscribers, also references “automatic stabilizers,” a relatively unpopular concept that is endorsed by some economists and lawmakers.

“There has been no federal legislation authorizing another round of economic stimulus checks,” Politifact said in its fact check. “Some states are disbursing federal funds to individuals, but the eligibility for those funds varies.”

USA Today ran a similar fact check and also concluded that social media posts making claims regarding a fourth check are not true. In fact, the IRS confirmed to USA Today that there are no current plans for a fourth round of checks.

Why No More Checks?

There are a few reasons why there won’t be another check. Neither the White House nor leaders in Congress have made big pushes for such checks, and the Biden administration has spent most of its time in recent months pushing a legislative agenda that does not include the checks. Politicians of both parties are concerned with inflation and believe that more direct payments will make the problem worse. And different factions of the government aren’t talking about laying out the amount of money it would take for more stimulus checks.

According to CNBC, a bipartisan group of senators spoke in December about providing aid for small businesses, including restaurants. But the idea never got very far, and it never involved direct payments to individuals.

“The conversation has not yet been extended to assistance to individuals,” Ed Mills, Washington policy analyst at Raymond James, told CNBC. “But it has gone from something that is not going to happen to something we have to watch.”

So don’t get your hopes up when you see a bogus Facebook post about another round of checks.