Book Review: The New Authoritarianism: Trump, Populism, and the Tyranny of Experts 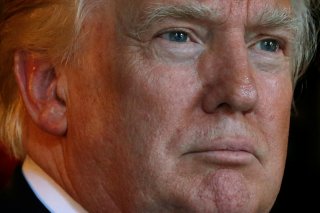 In this brief work, American sociologist Salvatore Babones makes the explosive argument that the most pressing threat of authoritarianism today stems not from ‘populists’ like Donald Trump, but rather from Western liberals.

As such, the book belongs to the same “harsh, but constructive” criticism genre as Thomas Frank’s Listen, Liberal and Kishore Mahbubani’s Has the West Lost It?

Early in the book, Babones divides Western political thought into three broad streams: conservative, progressive, and liberal. Conservatives (spoiler alert) generally like things the way they are, because they benefit from the status quo, while progressives would benefit from change and therefore agitate accordingly. Liberals, in Babones’ view, have historically played the role of “referee” between these groups, sometimes siding with one, sometimes with the other, still more often splitting down the middle, as liberals are wont to do.

Thus, while not numerous enough to be a political force unto themselves, liberals have often punched above their weight by tossing the winning vote in the eternal conservative/progressive battle for political power, tacitly accepting their lot as kingmakers, not kings.

However, according to the author, three things have recently led liberals to overestimate their own power and thus their ability to form a political bloc unto themselves.

The first were the electoral successes of Tony Blair and Bill Clinton in the 1990s, courtesy of what would prove to be a short-lived pact with progressive voters.

The second was that liberals came to dominate the professions and intellectual arena, somehow confused the pages of prestigious newspapers with real life, saw only themselves reflected back in those pages, and thereby erroneously came to believe that they were a majority of the population, when in fact, they are, as Babones mercilessly puts it “a side show.”

The third factor, and the one most relevant for the argument of the book, is that liberals have come to believe that their position as “experts” gives them the ability to make “better” decisions that require no further input from other sectors of society.

However, as we all know, ideas that are calculated to be straightforward and easily-executed on paper (the liberal “experts” domain), often turn out to have unintended consequences in real life.

Free trade, for example, or the obsession with acquiring higher education that has left many only with crushing debt. American interventions in Libya and Syria turned out to be more complex than anticipated, as did the European Union’s efforts to force-integrate the continent’s disparate population over a short period of time.

Like Robert McNamara, John F. Kennedy’s brainy secretary of defense, before them, modern “experts” have sometimes failed to translate their intellect into workable policy.

McNamara, however, at least had the grace to be mentally tortured by his mistakes.

Current liberals—and this is the part that infuriates Babones and clearly provoked him to write this book—seem intent on no such thing. When policy does not work out according to plan, they clamp down further, dismissing disagreement as inherently ignorant and seeking to discredit their enemies by any means necessary. In short, they adopt authoritarian tactics to achieve their ostensibly liberal aims.

As one of many examples of this process, Babones cites the oft intentionally misquoted statement of British Conservative politician and Brexit Leave advocate Michael Gove that “the people of this country have had enough of experts.”

The comment is often cited by (generally urban and liberal) Remain advocates with quivering rage, and is intended to show that those Brits who voted to Leave the European Union via referendum in 2016 are willful idiots who intentionally dismiss inconvenient facts. As Babones points out, what Gove actually said was: “the people of this country have had enough of experts from organizations with acronyms saying they know what is best and consistently getting it wrong.”

Those last four words were doubtless the important bit to Gove’s intended audience, but rather than engage with that salient point, liberals have often chosen to misquote him in order to “prove” that their opponents ignored facts. An own-goal if there ever was one.

Experts are, of course, often wrong, and what is more, as Babones points out, traditionally, they have often disagreed with each other, which means at least some of them must be wrong some of the time. The possibility of being wrong about something is an irritating but unavoidable part of the process of discovery.

Back in the day when advisors insisted on laying out various options by declaring “on the one hand” and “on the other hand,” President Harry Truman jokingly wished for a one-handed economist who would spare him such agonizing decisions. Unfortunately, that desire for a clarity with no room for doubt, expressed by Truman in jest, today seems all too close to being fulfilled.

Not only have experts arrogated to themselves the right to rule without so much as having to explain themselves to wider society, they have also, according to Babones, culled their own ranks of mavericks. The preferred weapon of intellectuals today against colleagues they don’t agree with is not refutation, but expulsion.

It is a brave person who stands up to such tactics, and Babones shows his backbone in making clear that he thinks comparisons between Trump and Hitler are ridiculously overwrought, and that in a democracy issues like immigration need to be up for public debate. Perhaps his most daring contention is that Trump’s “America First” policy is neither threatening nor racist. The very point of nation states, he argues, is that they do put their own interests and citizens first.

As these examples demonstrate, while many books claim to go against the grain and bravely stand up for some neglected point-of-view, this one actually delivers the goods. As a reader, you will certainly have the satisfaction of knowing that you have not paid down good money just to end up with another re-hash of already well-worn talking points. The flip-side is that you may also be pushed out of your comfort zone.

While very clear on its main points, unfortunately, the book’s brevity means that some aspects of this invigorating discussion are left unexplored.

One interesting thread that runs through the course of the book is an on-and-off debate about the tension between freedom and rights both on an international and national scale.

“The one constant in liberal politics throughout the history of the United States,” Babones writes, “has been their preference for the courts over the other branches of government. You never know who might be elected President, but the courts are always run by experts.”

While Babones suggests that liberals fail to see the tension between popular sovereignty and judicial review, this is, of course, a long-standing point of discussion in legal circles, and is known as the counter-majoritarian difficulty. Classics scholars have also speculated that popular control of Athenian courts was as, or even more, important for ancient democracy than popular control of the legislature. It would have been good to see more here, in particular around the relationship between national sovereignty and international rights regimes, an issue that the author repeatedly raises, but doesn’t flesh out in detail.

There are other parts of the book that could have done with more detail as well: Babones touches on the fact that universities today encourage critical, rather than independent, thinking, a topic I would have loved to see a full chapter on. And while the author does make use of his substantial expertise on China, it would have been nice to see more on this angle from someone who has written so much on it elsewhere.

These, however, are minor criticisms of what is a daring and thought-provoking book.

The New Authoritarianism will speak to disaffected liberals everywhere, people who are asking themselves since when China’s technocracy became an object of admiration or why democracy is no longer ‘as simple’ as majority rule; people who are confused as to how we stopped tolerating eccentrics on the “hey, you never know, it’s a free country” principle (as Babones points out, Isaac Newton spent more time on alchemy and the occult than he did on the theory of gravity). It’s also a singularly courageous book, one that isn’t afraid to call out hypocrisy and that criticizes an over-reliance on ‘expertise’ without falling into the trap of dismissing it altogether. Expertise is important. It’s just that too many people have forgotten that democracy is, too.

Dr. Roslyn Fuller is the Managing Director of the Solonian Democracy Institute and author of Beasts and Gods: How Democracy Changed Its Meaning and Lost Its Purpose and In Defence of Democracy. She studied law with a focus on public international law at the Georg-August-University in Goettingen, Germany and wrote her PhD on Democracy and International Law at Trinity College, Dublin.