Bottoming Out? Summer Slump in Gas Prices May Reach Its End 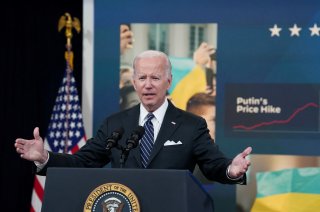 This summer’s drop in gas prices has continued, although there are that signs prices are nearing their bottom.

According to GasBuddy, the average gas price in the United States dropped another 9.9 cents in the last week, reaching $3.92 per gallon. That represents a 63.7-cent decline from a month ago, although the price remains 74.8 cents higher than this time last year.

“For the ninth week straight, gas prices have continued to fall, but the streak is at great risk of being broken this week with wholesale gasoline prices having bounced back up some 40 cents per gallon as oil prices have rebounded,” Patrick De Haan, head of petroleum analysis at GasBuddy, said in the release.

“That means the decline in average prices could wrap up soon, with some price increases possible as early as this week, especially in areas of the Great Lakes. While the West Coast and some areas of the Rockies may see prices continue to drift lower, I do believe the national average could tick higher this week as the better than expected jobs report last week likely means less demand destruction than anticipated,” De Haan continued.

De Haan added on Twitter that the average price has declined for 61 straight days, and said that “with oil down considerably this morning, there remains a possibility the trend could continue this week.”

The country’s most common gas price was $3.59 per gallon, down 10 cents from the week before.

AAA had the average gas price dropping ten cents to $3.95 a gallon, which it attributed “primarily to stable oil prices and fewer drivers than usual fueling up.”

“Falling pump prices may eventually lead to more drivers hitting the road again,” Andrew Gross, AAA’s spokesperson, said in AAA’s weekly report. “But that hasn’t happened yet. Instead, many drivers are waiting for prices to fall further before reverting to their typical driving habits.”

Maine posted the largest decrease in the country, with a 19-cent drop from last week, while Colorado saw an average drop of 18 cents, West Virginia dropped 16 cents, and Illinois’ average price went down 15 cents. Texas sports the cheapest average gas price in the country at $3.45 a gallon, followed by Arkansas at $3.47.