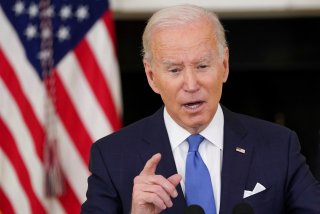 Senate Majority Leader Chuck Schumer (D-N.Y.) claimed on Tuesday night that the Senate would continue to pursue the Build Back Better social spending bill, even after its future was thrown into question by the refusal of Sen. Joe Manchin (D-W.Va.) to back it in its current iteration.

The Senate leader told the Democratic caucus at its virtual end-of-year meeting that he intended to hold a vote on the $1.75 trillion legislation in January, subject to changes.

“It’s not over until the clock runs out,” Schumer reportedly said at the meeting. “And the clock has not run out.”

Manchin, who was also present at the closed-door meeting, voiced his continued opposition to the bill, arguing that it would drive up the federal deficit and could increase inflation as well.

Earlier in the week, the senator’s remarks on Fox News, in which he indicated he would not support the Build Back Better bill, caused an earthquake on Capitol Hill, with Democrats castigating Manchin for what they regarded as a critical obstruction of President Joe Biden’s agenda. White House Press Secretary Jen Psaki’s public statement on the refusal indicated that the West Virginia senator had broken trust with Biden, allegedly indicating that he had pledged his support for the bill earlier in the week.

In the aftermath of Manchin’s refusal, he and Biden held another call, where they sought to find an understanding and promised to continue negotiations on the bill.

While Manchin has conceded $1.75 trillion as an acceptable price tag for the bill, he has criticized Senate Democrats’ attempts to reduce its price tag from its previous high of $3.5 trillion by shortening the duration of its programs, rather than eliminating them. The senator has singled out the expanded Child Tax Credit for criticism, pushing for a lower-income cap and allegedly suggesting that some parents might use it to buy illegal drugs.

Schumer’s remarks at the end-of-year meeting were an elaboration on his “dear colleague” letter on Monday, which acknowledged Biden’s accomplishments during his first year in office but listed a number of challenges that it still needed to address, including high prescription drug costs, climate change, and containing the coronavirus pandemic.

Schumer gave special reference to the issue of voting rights and Republican state-level attempts to institute voter ID and other restrictions, which he described as “voter suppression laws.” The entire Democratic caucus, including both Manchin and fellow moderate Sen. Krysten Sinema (D-Ariz.), supports voting rights legislation that would restrict these state laws. Schumer’s proposed legislation also has the support of Sen. Lisa Murkowski (R-Ala.), but cannot advance in the Senate due to a filibuster—a fact Schumer noted in his letter, calling for filibuster reform.

West Virginia voted for Donald Trump over Joe Biden by 39 percentage points in November 2020, making Manchin’s position in Congress precarious and leading him to maintain a degree of independence from the rest of the Democratic caucus.