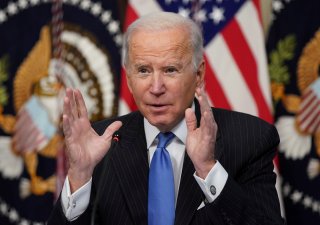 During the pandemic, the federal government passed three separate laws that mandated direct stimulus checks to the majority of Americans. The most recent such law was the American Rescue Plan Act of 2021, which was signed into law by President Biden back in March.

Ever since, there have been calls from some, including some members of Congress, for a fourth stimulus check, but none of the attempts have advanced very far, mostly because the Biden Administration and Congressional leadership never got behind the proposal. Instead, the Democrats have been spending much of their energy in the bulk of 2021 trying to pass big bills, the Bipartisan Infrastructure Framework and the Build Back Better social spending bill, neither of which consisted of universal stimulus checks.

Now, the infrastructure bill has been signed into law, and the Build Back Better framework has passed the House of Representatives. And while the bill still needs to pass the Senate, and is unlikely to do in the exact form in which it passed the House, the bill is virtually certain not to include full-on stimulus checks.

What the bill that passed the House does include is a one-year extension of the expanded child tax credit that came into being as part of the American Rescue Plan Act.

“Under the American Rescue Plan, the child tax credit was expanded for the 2021 tax year to a total of $3,600 for children 5 and younger, and $3,000 for those ages 6 through 1 . . . The legislation extends the enhanced benefit for another year through 2022,” according to The Washington Post. “Heads of households earning up to $112,500, and joint filers making up to $150,000 annually, would qualify for the enhanced payments. Those families would get funds in monthly installments. Households with higher incomes would need to claim the credit on their tax return the next year.”

Earlier proposals had pushed for the credit to be extended to 2025.

Sen. Joe Manchin (D-WV), whose vote is needed for the package to pass the Senate, has said in interviews that he wants a work requirement in the child tax credit, and what form that takes will likely be the result of negotiations.

“Yes, it's not a monthly stimulus check with those words, but it's a monthly check to almost 90 percent of families with kids,” Stephanie Bonin, who authored a popular petition for continuing stimulus checks, told Newsweek. “It seems a little bit like potatoes, poh-tah-toes because the petition was asking for money we can count on.”