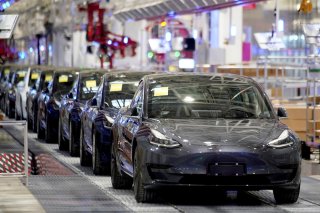 In September 2020, California Gov. Gavin Newsom issued an executive order phasing out the sale of gasoline-powered cars by 2035. The order did not mean that gasoline cars were banned from the road but that they could not be sold after that date.

“This is the most impactful step our state can take to fight climate change,” Governor Newsom said at the time. “For too many decades, we have allowed cars to pollute the air that our children and families breathe. Californians shouldn’t have to worry if our cars are giving our kids asthma. Our cars shouldn’t make wildfires worse – and create more days filled with smoky air. Cars shouldn’t melt glaciers or raise sea levels threatening our cherished beaches and coastlines.”

The order called for the California Air Resources Board to “develop regulations to mandate that 100 percent of in-state sales of new passenger cars and trucks are zero-emission by 2035.”

Now, according to the New York Times, that board is set to issue a rule formalizing the policy. While 12 percent of cars sold in the state today are emission-free, the goal is to make that number 35 percent by 2026, 68 percent by 2030, and 100 percent by 2035.

California will become the first government in the world to set a specific time for phasing out gasoline-powered cars. Many foreign governments have set goals but have not gone as far as California. In 2021, President Joe Biden signed an executive order setting a goal that half of all vehicles in the country to be zero-emission by 2030 but did not specifically force such a change. This is in addition to other policies, both legislative and regulatory, seeking to encourage a transition to electric cars.

Also, the Times said, the Biden administration had reversed a Trump-era position that allowed California a waiver to “set auto pollution and mileage rules that are tighter than federal standards,” which made the new move possible.

“The climate crisis is solvable if we focus on the big, bold steps necessary to stem the tide of carbon pollution,” Newsom said in a statement to the newspaper.

John Bozzella, president of the Alliance for Automotive Innovation, told the Times that meeting the California rule’s deadlines will be “extremely challenging.”

“Whether or not these requirements are realistic or achievable is directly linked to external factors like inflation, charging and fuel infrastructure, supply chains, labor, critical mineral availability and pricing, and the ongoing semiconductor shortage,” he told the Times.