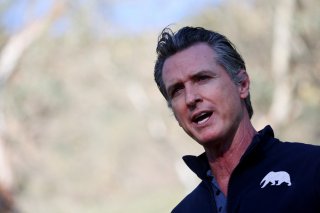 With gas prices continuing to skyrocket, politicians have been considering different proposals to help Americans while also seeking to minimize the political fallout of expensive gasoline.

Three members of Congress—Mike Thompson (CA-05), John Larson (CT-01), and Lauren Underwood (IL-14)—this week proposed the Gas Rebate Act of 2022. The proposal would send most Americans $100 per month (plus an additional $100 per dependent) for the rest of 2022, in any month when the average gas price is over $4 per gallon.

That proposal would use rebates rather than direct checks or “gas cards.” The latter proposal, per a CNN report earlier this week, was considered by the White House before they ultimately rejected the latter proposal. They concluded, per Axios, that doing so would be unworkable, could worsen inflation, and would overextend the Internal Revenue Service (IRS) during the tax season. There was also concern that the cards would be stolen from recipients’ mailboxes.

"There’s a variety of ideas being discussed to ensure that the costs American families are feeling at the pump are as minimal as possible," White House spokesperson Vedant Patel said this week, per Axios. "However, gas cards being sent to the American people is not seriously under consideration. It is not an administratively feasible solution and the Biden administration is not considering this as a serious option to help American families.”

However, tax rebates to deal with high gas prices are under consideration at the state level, including in California, the state with the nation’s highest gas prices.

According to Cal Matters, Gov. Gavin Newsom (D-CA) has proposed a gas rebate for Californians, costing $11 billion, including $400 debit cards per vehicle, which would be limited to two per person.

“That direct relief will address the issue that we all are struggling to address and that is the issue of gas prices,” Newsom said in a Twitter message, as cited by Cal Matters. Newsom has also proposed grants to bus and rail agencies in the states to offer a period of free rides. The proposals are all subject to legislative approval.

In the Los Angeles area, the average gas price has hit $6, with the overall state average approaching that mark as well, even as gas prices have begun to tick down in much of the country, per CNN.

Reasons for the higher prices in California include higher state taxes, as well as the setup of the wholesale markets throughout the country. There was also recently an outage at a refinery in Southern California, which has affected supply.