Can the TRUST Act Fix Social Security and Medicare? 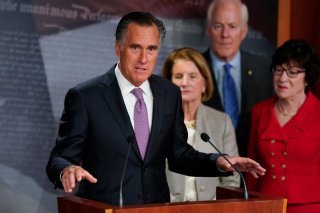 Back in the spring of 2021, a bipartisan group of senators introduced a piece of legislation called the Time to Rescue United States’ Trusts Act, or the TRUST Act. The idea was to shore up the trust funds for long-term programs, including Social Security, Medicare, and highways across the country.

“A number of the largest trust funds are heading towards insolvency—made worse by the COVID-19 pandemic,” the senators said in their introduction of the bill. “In September 2020, the Congressional Budget Office (CBO) found that four of the major trust funds will exhaust their reserves within the next 11 years. The bipartisan, bicameral TRUST Act would provide a vehicle to address the key structural issues behind the debt and allow Congress to put our major federal programs on a stronger footing.”

The proposal sought to identify the government’s “major, endangered trust funds,” and create a “Rescue Committee” for each. Each committee would have the power to “draft legislation that extends long-term solvency and otherwise improves each trust fund program,” within a 180-day window. The resulting legislation would then receive “expedited consideration” in both houses of Congress.

However, a new op-ed takes issue with this approach. Writing in MarketWatch earlier this week, Alicia H. Munnell, director of the Center for Retirement Research at Boston College, was critical of the TRUST Act’s approach.

“While the Trust Act sounds like a benign piece of bipartisan legislation, its unifying theme—namely, programs with trust funds—doesn’t make much sense, and the proposal could well lead to major cuts to Social Security,” Munnell, who recently appeared on a panel with co-sponsor Sen. King of Maine, wrote in the piece.

“It would indeed be wonderful if Congress enacted a plan to ensure the payment of full Social Security benefits for the next 75 years,” Munnell wrote. "Legislators have put forward a number of proposals that would both offer some enhancements and produce enough revenue to fill the financing hole. Congress should take up these proposals directly. No need to bundle Social Security with unrelated programs in order to create a complex and obscure decision-making process.”

Meanwhile, in an op-ed in the Hill around the time of the introduction of the TRUST Act, former Sens. Tom Harken and Max Richtman described it as “a Trojan Horse to cut seniors' benefits” and “an insidious piece of legislation affecting Social Security and Medicare.”